Silence Does Not Mean Consent: The Dire State of Human Rights in Equatorial Guinea

Located in the west of Central Africa between Cameroon and Gabon, and with a population of less than a million people, Equatorial Guinea is often described as one of the most censored countries in the world. The space for civil society - civic space - is closed, and consequently, independent journalists and human rights defenders (HRDs) are vulnerable to judicial persecution, threats and attacks from the state. Recent acts of intimidation, arbitrary arrest, detention and harassment of HRD Alfredo Okenve on the day he was supposed to receive a human rights award from the French Embassy in the capital city of Malabo exemplify the risks faced by HRDs. 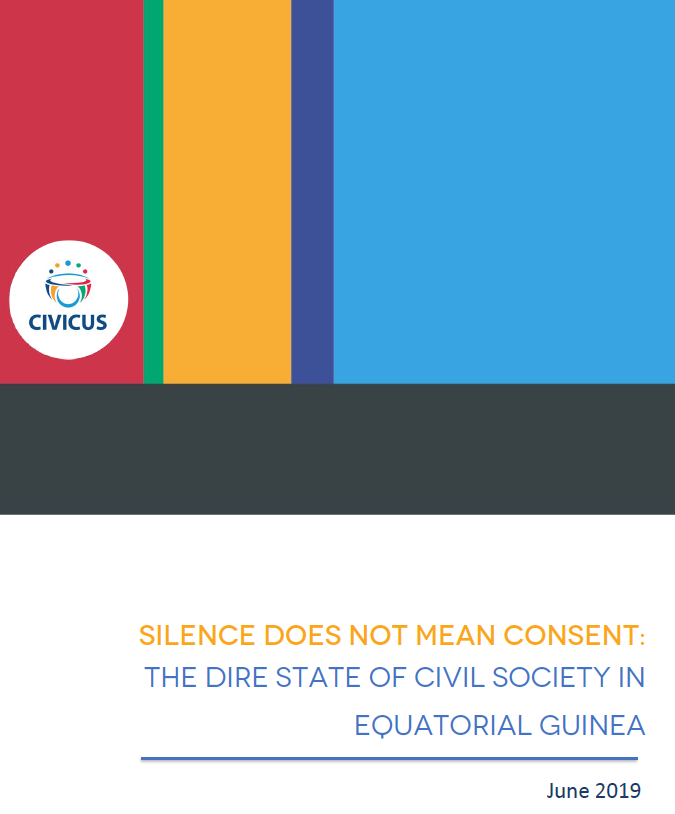 President Teodoro Obiang Nguema Mbasogo is Africa’s longest-serving head of state and the world’s longest-serving non-royal leader, having seized power from his uncle Francisco Macías Nguema through a coup d’état in 1979. Equatorial Guinea remained isolated until oil was discovered in the early 1990s and the country opened up to more foreign investment. However, despite the vast amounts of funds secured from the sale of oil, Equatorial Guinea’s human development indicators remain extremely low. Much of the wealth is controlled by President Obiang’s family and close associates while a majority of citizens lack basic services and live in poverty. President Obiang and his ruling Democratic Party of Equatorial Guinea (PDGE) have used violence, repression, intimidation and harassment to maintain control of all state institutions and military forces for four decades. Groups or political parties and activists that are perceived by government officials to threaten the power base of the PDGE are either co-opted, harassed, intimidated, or forced to self-censor.

This policy brief sheds light on some recent human rights violations committed by the regime and restrictions placed on citizens. Since assuming power four decades ago, President Obiang has refused to implement any verifiable and irreversible democratic or political reform. The ruling PDGE party, maintaining stringent control over all aspects of governance, has completely closed spaces for civil society reforms. Given this, Equatorial Guinea’s UPR hearing offers a rare opportunity to hold the government responsible for human rights violations. The African Union (AU), donors, multilateral organisations and global civil society have a responsibility to exert pressure on the government to implement much-needed reforms.