Death is something we were expecting: Interview with Amadiba Crisis Committee 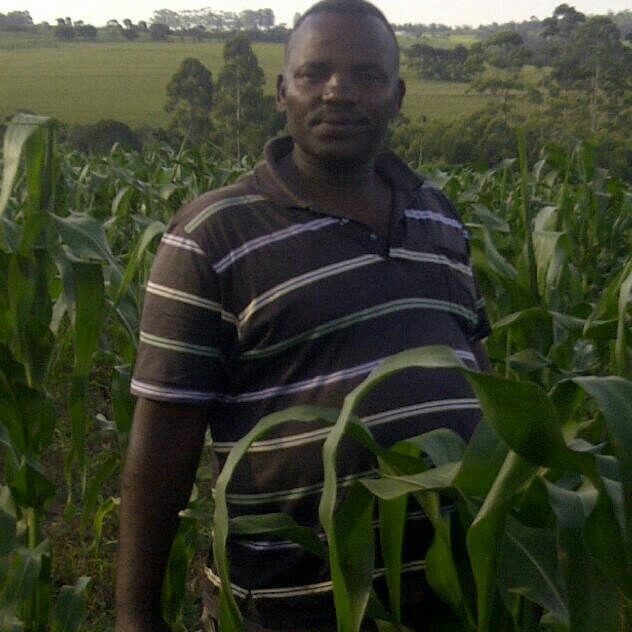 On 22 March 2016, Sikhosiphi “Bazooka” Rhadebe (pictured), chairperson of the, Amadiba Crisis Committee (ACC) was assassinated at his home by two assailants who shot him eight times in the head. ACC, a South African community organisation has been subjected to sustained harassment from local authorities and a mining company, for its campaign to oppose titanium mining on the ancestral land of local communities in the pristine Eastern Cape Province. Prior to the assassination, Rhadebe had contacted other members of the organisation warning them of a hit list that his name was on. CIVICUS speaks to Mzamo Dlamini, deputy chairperson of the ACC.

1. Tell us more about the late Sikhosiphi Rhadebe

Sikhosiphi “Bazooka” Rhadebe was born in 1965 to a very poor family. He only attended junior school and did not complete senior schooling.  Around 1995 he went to Johannesburg to work as a labourer in a gold mine. He saved a bit of money and soon returned to Xolobeni and opened a small shop. Soon after he bought a van that he used to stock the shop, and also as a taxi for extra income. He was very hardworking and did not have the means to employ a driver so he drove the taxi himself. He was also a good mechanic and could fix broken down vehicles which allowed him an extra income. So he was a businessman and over the years his business grew and he had about 10-15 taxis and a scrapyard for repairing vehicles. He loved his family and his community. He was well-known for his friendliness.

2. How did he become involved with the Amadiba Crisis Committee?

He was actually the founder of the organisation. Bazooka loved poor people because of his own background. He wanted them to be respected, especially elderly members of the community. In about 2005-2006, the issue of mining development in our area really became a problem. A local company, Transworld Energy and Minerals and its black economic empowerment partner Xolco, who are the South African subsidiary of the Australian mining company Mineral Commodities, were prospecting the land. Xolco invited Sikhosiphi Rhadebe to become a business partner as he was prominent in the community. But Sikhosiphi Rhadebe found the business to be dishonest. It was not disclosing to the community the extent of the damage that would arise from the mining activities so he rejected the offer to join them. At the time, the villagers opposed the mining venture but we were not organised. Rhadebe then came to the villagers, who briefed him on their concerns and he agreed to join their side. He said he would fight with the ordinary poor villagers against the mine. His stance was that the wishes of the community must be respected and the mining business should be transparent. His approach was peaceful and he sought to find a middle-ground between the community and the mine.

By 2007, the situation was heating up. So in that year we decided to organise and form the Amadiba Crisis Committee to formally engage the royal household, the police, the mining company and the local municipality and other relevant stakeholders. We chose him to be the chairperson. However, Bazooka became the target because the ACC was slowing down progress for the mine. He did a lot to neutralise tensions by reaching out to the mining business and encouraging them not to threaten the community members who were against the mine. But he was a media-shy person and so there was not much reported by the media on his efforts.

3. Tell us more about your struggles with the mining company.

In 2008, the mining company secured the mining licence from the Department of Mineral Resources. After we held some huge protests, the minister came to us to say she was concerned by the opposition and apologised to us for not being aware of the resistance in the community. Later the licence was revoked. However, the company still held prospecting rights which expired last year. They were not able to progress due to the opposition. They have now put in a new application for Kwanyana area which has the most minerals.

The problem is that to get the licence, the company needs the community to give its consent and to carry out some environmental studies. They have not been able to do this because we have blocked the area to those wanting to carry out such studies. This led to violence on 3 May 2015 where some community members who support the mining company shot at members of the ACC leading to some injuries. The police have done nothing about the illegal firearms being used against us even though we have told them who was distributing the firearms to the community. After the shooting, community members even took bullet cartridges to the police but they did not even open a case for us. They said they prefer negotiations to resolve the matter without charges being pressed. Similar shootings happened again in December 2015 and the police failed to act meaningfully.

4. Why does Amadiba Crisis Committee oppose the mining venture?

We are residents of this area and we are well-informed of the dangers caused by open-cast mining. The nature of open-cast mining ─ which is how titanium is extracted ─ is such that it raises a lot of dust into the air which causes respiratory problems among others.

Open cast mining also contaminates water sources. Besides that, open-cast mining requires a lot of water and our community relies on streams for water provision. So we cannot afford to share this already limited water with a mine that will require large volumes for its operations. The mine is also unable to tell us where it will get water from which means they want to draw it from our sources.

The mining activities would also mean we must relocate from our homes to unknown places. The mining company has said it will not pay for the relocation of anyone. Also of big concern is that the mining company says it has identified only three graves in the area that need to be relocated but this is untrue. We have hundreds of graves here. Our people are buried here. The graves will just be desecrated.

Also, the land they want to mine provides pastures for our livestock. We survive on farming so all this would be destroyed by open-cast mining.

The mining company has promised to create 200 jobs over 20 years. But what are 200 jobs? They’re nothing compared to the eternal destruction of our resources. Our area is poor and people are unskilled and uneducated. So it means the jobs will be given to outsiders. How do we locals benefit from that? Sand that will be mined will be transported to Durban or Richard’s Bay for processing so it means our area will not even benefit from the processing of the minerals. We would rather welcome tourism investment which does not harm the resources or take anything away from us.

5. Do you and other members of the Amadiba Crisis Committee feel safe following the assassination?

We are not safe. Especially myself and Nonhle Mbuthuma (secretary of the ACC) as well as community members. Sikhosiphi Rhadebe as we know is the fifteenth opponent of this mining venture to die an unnatural death. Other headmen, sub-headmen and ACC members have died in mysterious ways. They include a well-known local leader known as Balashelele who was also a vocal member of the ACC. We are deep in rural areas so these things are not reported by the media. For a very long time we have heard rumours that there are intentions to get rid of the leadership of the ACC. So death is something we are expecting because of the hostility. We cannot do much about it.

6. What can civil society organisations do to support the Amadiba Crisis Committee?

We were amazed by the solidarity of South African civil society who came out in our support by condemning the killing of Sikhosiphi Rhadebe and who attended his funeral in their huge numbers. It was humbling.

The ACC has also resolved to continue the work that Sikhosiphi Rhadebe was spearheading. The best tool for us is publicity.  We are not in an urban setting so most of what we do goes unreported. We do not have the resources to match the propaganda levels of the mine. For example after the burial, a journalist and a photographer and two members of the ACC who were showing them the area were attacked and are hospitalised. This has not been publicised much.

We also need assistance with devising a legal strategy to fight the mine’s applications. We need to get the law to work for us because at the moment we do not really know if we can approach the court and under what circumstances.

• Contact Mzamo Dlamini and the Amadiba Crisis Committee on