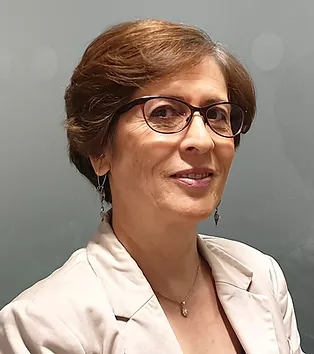 As part of the #16DaysOfActivism campaign, CIVICUS speaks about gender-based violence and civil society efforts to eradicate it with Halaleh Taheri, founder and Executive Director of the Middle Eastern Women and Society Organisation (MEWSo).

Founded in 2010, MEWSo is a London-based civil society organisation (CSO) run by and for women from ethnic minority communities of mostly Middle Eastern, North African and Asian backgrounds.

The 16 Days of Activism against Gender-Based Violence is an annual international campaign that kicks off on 25 November, the International Day for the Elimination of Violence against Women, and runs until 10 December, Human Rights Day.

What work does MEWSo do?

MEWSo was founded with the aim of supporting women, especially those displaced from the Middle East, Asia and North Africa, in London. We help women who are vulnerable and have no access to resources that will help them. Our services include advice and support on issues of domestic abuse and violence. We offer women assistance to navigate court procedures and help them seek refuge. Over the past few years we have worked a lot with migrant women because their situation is very hard. When they are faced with domestic violence and want to leave their homes, we support them emotionally, with accommodation and with their status with Home Office.

We also offer free workshops to help improve women’s skills and empower them. We bring in specialists to give talks about mental and physical wellbeing so women can gain the confidence to leave the abusive spaces they find themselves in. Every year we tackle about 300 cases of domestic violence. We have five advisors working in different languages to accommodate those who struggle with English.

We have created three campaigns. One is Polygamy Matters, which we run jointly with Greenwich University. It is aimed at empowering women to be independent. Another one is End Virginity Myth. We first formed a coalition against virginity testing; now both virginity testing and hymenoplasty have been banned, but the reality is that communities still continue practising it, so the campaign continues.

A third campaign focused on the rights of LGBTQI+ people. LGBTQI+ issues are a big taboo in our communities and people suffer a lot of abuse from their families and community members. We have a range of projects to support them and ensure that they remain safe in their communities and live the life they deserve.

Finally, we are part of two coalitions, Solidarity Knows No Borders Network and Step Up Migrant Women, advocating for the rights of migrant women and providing protection to those in abusive situations.

What challenges have you faced in your work?

We have faced several challenges. One of them is that in our communities the government has for years left people in the hands of community leaders. These leaders do not have a proper connection with women and children because they are driven by patriarchal values. They tend to lead people based on the most oppressive traits of their culture and enforce religious practices that exclude women and children. Women are often treated like second-class citizens and find it difficult to exercise their freedom. We have seen women trying to get out of abusive marriages being denied their request by their communities’ leadership. Community leaders should not have that much power over people because they are misusing it.

Because of the nature of our work, community leaders have tried to make it difficult for us to reach certain vulnerable women and girls. They very rarely encounter someone who challenges them and if they see you as a threat, they immediately start making your work difficult. Nonetheless, we have been able to continue doing our work, finding ways to bring safety to women and children.

Another challenge is that some of the women we help end up going back to their abusive partners because they are under pressure or have been abandoned by family and community. Sometimes there is no support with accommodation available and they worry they may end up in the street. Despite all our efforts, loyalty to family and fear of punishment makes them want to stay in abusive relationships. When faced with these situations, we continue creating spaces so that women can gradually gain the confidence to be free.

Finally, we don’t have enough access to resources to help us carry out our work. Unfortunately, we can only offer limited support to women seeking safety.

What are you doing for the #16DaysOfActivism campaign?

This year, our efforts to raise awareness about women’s rights are focused on showing solidarity to the women’s liberation movement in Iran. Over the past two months Iranian women have spoken up and protested against the oppression they face, sacrificing their life for freedom. I am originally a Kurdish freedom fighter from the 1979 revolution in Iran. I have lived four decades in exile and rebuilt my life in different countries. I am passionate about and active in the women’s liberation movement, following all the news and analysis of the recent uprising in Iran. For this reason, we have organised an international event, Raise Your Voice International Women's Conference, that will be held on 28 November and will feature speakers from Afghanistan, Iraq, Iran and Palestine, where women face similar issues as a result of religious restrictions.

What should the international community do to contribute to eradicating gender-based violence?

Countless women around the world are being discriminated against socially, economically and politically. Cases of abuse and femicide are on the rise and there are few mechanisms in place to stop them. Unaddressed issues range from forced marriage and female genital mutilation to unemployment and lack of health and educational resources.

We cannot stand it anymore; we need governments and international bodies to take action. The United Nations has many member states who are mistreating their citizens. These states attend meetings and are given a global platform although they are doing a miserable job at home. They shouldn’t have such privileges when they are torturing and executing women.

The protests in Iran and the actions of resistance in Afghanistan and elsewhere are showing that people, and specifically women, are taking charge and fighting for their freedom. Women in many places are connected because they carry the same pain and so it is only natural for them to unite to fight against their common oppressor. Women’s liberation movements are making it globally known that freedom is women’s natural right and they are willing to claim it. They are fed up with the empty promises that governments and international bodies have repeatedly made to fight against gender-based violence. This year cannot be one of further promises – it has to be one of action.

Civic space in the UK is rated ‘narrowed’ by the CIVICUS Monitor.