TAIWAN: ‘China will do to us what it did to Hong Kong, and what it has long done to Tibetans and Uighurs’ 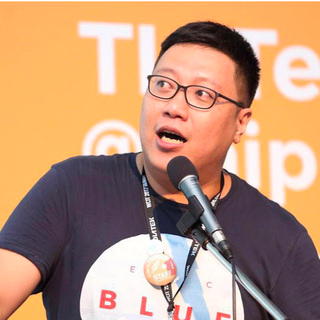 CIVICUS speaks about the situation in Taiwan with Min-Hsuan Wu, known as ttcat, a social movement activist and campaigner and co-founder and CEO of a Doublethink Lab.

Founded in 2019, Doublethink Lab is a civil society organisation (CSO) focused on researching malign Chinese influence operations and disinformation campaigns and their impacts, bridging the gap between the democracy movement, tech communities and China experts, and facilitating a global civil society network to strengthen democratic resilience against digital authoritarianism.

What is the story behind Doublethink Lab?

Doublethink Lab was founded three years ago, in September 2019. Four years ago, we experienced a tremendous amount of disinformation influencing our 2018 local elections. After these elections, there were lots of signals and leads of information-related, mostly disinformation campaigns – all affiliated with or supported by China.

We realised that to tackle the challenge of strengthening and safeguarding our democracy we needed people to combine their talents and diverse professional backgrounds into a project focused on digital defence.

Our main mandate is to produce a better understanding of how Chinese external propaganda functions and effectively influences political processes and public opinion elsewhere, including in Taiwan.

Our strategy to combat disinformation differs from the usual fact-checking initiatives. Our work isn’t published in fact-checking reports. Instead, we follow the disinformation to try to understand who is spreading it and whether it is being spread by our citizens dynamically or by other kinds of actors funded by the Chinese state. Often, when analysing social media posts, it is possible to see the huge structure made up of Chinese bots liking, sharing and retweeting disinformation.

What is the likely outcome of rising Chinese aggression toward Taiwan?

It’s not news that tensions between Taiwan and China are increasing. China is increasingly using ‘grey zone’ tactics to push boundaries, increasing pressure and influencing people. Through various means, China is threatening Taiwanese people. This clearly increases the chance of the whole situation leading to China invading Taiwan.

Most military experts would agree that this won’t happen right now, with Xi Jinping having just secured his third term as chairman of the Chinese Communist Party and awaiting confirmation of a third term as president of China. Some say an invasion could occur in 2025 or 2027, but I think it will depend on how strongly the Taiwanese people can defend themselves from now on: if our resistance increases, the costs of an invasion for China increase accordingly. Our resistance might therefore postpone the crystallisation of China’s wishes for a bit longer.

On the other hand, China’s tactics may be backfiring: as China escalates militarily against us, the Chinese narrative is becoming less and less popular in Taiwan. More and more people have realised China is not a good neighbour. It is no longer thought of as a business opportunity for us but as a potent threat to our ways of life, our livelihoods and our lives. China’s aggressive attitude is pushing Taiwanese people towards embracing defence tactics to protect our country, which is a positive thing for us. We are much more aware of the need to build strong national and civil defence now.

Did the recent visit by US House Speaker Nancy Pelosi make any difference, for better or worse?

Pelosi’s visit didn’t complicate the situation, but whether we see it as helpful or not depends on the perspective we look at it from. Her visit in August 2022 was meant as a show of support to Taiwan, and happened despite China’s threats of retaliation. It was the first visit by a US House Speaker in a quarter of a century. From a democracy or human rights perspective, it was quite beneficial. Pelosi spoke up against China’s human rights violations and the challenges posed by totalitarian regimes. Her presence brought visibility to our country’s situation regarding China. It put a spotlight on it, and now people see how China treats us and what a destabilising factor it is for the region. It clearly bothered China, judging by the way it reacted to it on the international stage.

From a geopolitical and military perspective, Pelosi’s visit didn’t produce any benefit. It didn’t – couldn’t – bring any kind of peaceful dialogue. China’s vision and military exercises won’t change. But Pelosi’s visit didn’t complicate the situation; it just brought it under the spotlight so more Western media are paying attention to Taiwan. This kind of attention is somehow opening up many windows of opportunity for Taiwan to collaborate with other countries and agencies. No one knows what will come out of this, but from what I’ve seen so far, increased opportunities of international collaboration may improve our chances of safety.

What would it take to bring peace and stability to the region?

That’s a huge question. For me, the ultimate solution would be the opening up of civic space and the democratisation of China, Russia and other totalitarian regimes in Southeast Asia. However, we know this is too big a hope and it’s not really up to us.

There used to be a civil society in China, but under Xi’s rule civic space has been continuously shrinking for 10 years. More and more activists are getting arrested. We all saw what happened recently in Hong Kong: China cracked down hard on civic movements and arrested people for even having a podcast –regular citizens were sent to jail just in case. China shut down all forms of civic expression, including news agencies. China will do to Taiwan what it did to Hong Kong, and what it has long done to Tibetans and Uighurs within China.

If you ask me, I would say peace would require the demise of the Chinese Communist Party, but people think I am crazy when I put it this way. But from our perspective, this is the only forever solution. If you have an aggressive, expansionist neighbour trying to invade you, attaining peace is quite hard because it is not up to you. There can’t be peace unless your neighbour changes.

Without justice there won’t be any peace. I’m not sure which kind of peace people wish to see: I think they are wrong if they define peace as just the absence of war. It that’s what they want, they can move to Hong Kong. Hong Kong is peaceful now – there are no mobilisations, no protests, no disorder. But is this really peace? It’s just an illusion: people are quiet because they lost their rights and freedoms. This is not the kind of peace we want for Taiwan.

We need to find a way to open up civic space and bring democracy to the region – that is the only way forward.

How is Taiwanese civil society working to make this happen?

Lots of Taiwanese CSOs are working to limit China’s influence in the region, especially in Taiwan. There is an organisation called Economic Democracy Union that conducts serious research about Chinese influence on our economy; their work show how Chinese collaborators pretend to be Taiwanese companies and penetrate very sensitive industries such as electronics or e-commerce – industries that capture lots of personal data. Economy Democracy Union brings these issues to the surface with the aim of promoting new regulations to protect us from these influence-seeking tactics.

There are also many CSOs working to strengthen civic defence, which isn’t just war-related, but rather focused on preparedness for disaster or any kind of military operation; their goal is to teach citizens how to react in these cases.

Right now, Doublethink Lab is doing an investigation on China’s information operations. We do election monitoring and try to disclose disinformation campaigns or far-fetched narratives flooding into Taiwanese media. We are building a global network to bridge the gap between academia and civil society on a global scale. We want people to know what Chinese influence looks like in different countries, the channels it travels through, its tactics and its final goals.

Doublethink Lab isn’t the only organisation advocating for digital defence. There are several others focusing on Chinese media influence, disinformation campaigns, fact-checking processes and civic education to identify fake news, among other related issues.

What support does Taiwanese civil society need from the international community?

We need resources. Most Taiwanese CSOs are small grassroots organisations. People tend to view Taiwan as a rich country with a very prosperous economy, but the truth is that civil society movements struggle a lot. Human rights CSOs and those working to counter Chinese influence usually have fewer resources than a regular charity. CSOs need more resources to be able to recruit new talent.

Right now is the perfect time to ask ourselves what we really need. I always ask my fellow activists what they need, and answers resemble a lot those of activists in Hong Kong or Ukraine. Something the international community can also help with is by exposing Taiwan’s struggle. We don’t want people to think our issues are disconnected from those of the rest of the world – we want to become closer and we want to be understood. We need more connections with CSOs in the rest of the world. We need all forms of help to prepare and get ready for what’s coming.

Civic space in Taiwan is rated ‘open’ by the CIVICUS Monitor.