USA: ‘The Starbucks unionisation campaign has sparked the imagination of workers across the country’ 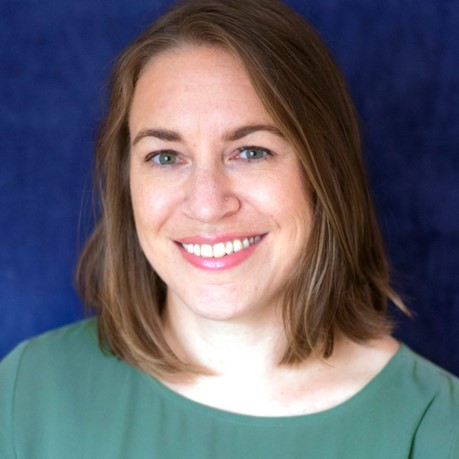 CIVICUS speaks about unionisation efforts at Starbucks with Theresa Haas, director of global strategies of the labour union Workers United. Workers United coordinates the Starbucks Campaign in the USA. It is affiliated with the Service Employees International Union, which has members in both the USA and Canada.

What role did Workers United play in the process leading to Starbucks’s first union vote in 2021?

When Starbucks partners – as the company calls its employees – in Buffalo, New York first started thinking about organising, they researched what they needed to do and how to go about doing it. Knowing that the Rochester Regional Joint Board, an affiliate of Workers United, had successfully organised another coffee chain in upstate New York, they reached out to that affiliate. Pretty soon, it was clear that the values held by Starbucks partners seeking to join a union aligned closely with the values of Workers United. Workers United and its predecessor unions have worked for more than 100 years to build a strong middle class, advancing the social, economic and political welfare of our members by empowering them to use their voices in their communities.

Workers United has a long history of standing in solidarity with low-wage workers across global supply chains and taking on powerful multinational corporations to demand that workers have respect and dignity on the job.

On the international platform, Workers United is deeply invested in ensuring safe and healthy working conditions for workers across the globe through our work with IndustriALL. We actively campaigned for US brands and retailers to join the Accord on Fire and Building Safety in Bangladesh, now the International Accord for Health and Safety in the Textile and Garment Industry, a ground-breaking programme that has dramatically improved safety conditions in the country’s garment industry. In 2019, Workers United fought for and became a signatory to an agreement with major denim corporations and local unions to address gender-based violence and harassment in Lesotho garment factories.

What progress has been made since then?

Since a store in Buffalo filed the first petition with the National Labor Relations Board (NLRB) for the right to form a union in August 2021, more than 280 stores in 37 states across the USA have filed petitions to join Workers United. We continue to assist many other stores that have yet to announce publicly their intent to form a union.

The first store to win its election was in Buffalo. Since that win in December 2021, more than 120 other stores have won their elections to join Workers United. There have been more than 140 elections held so far – ten are pending based on challenges, and 12 stores voted not to join the union by slim margins.

It should be noted that there are only six Starbucks Reserve stores in the world – three in the USA, one in China, one in Japan and one in Italy. Two of the three in the USA have voted to join Workers United.

This campaign has sparked the imagination of hourly wage workers across the country. It derives its strength from being fuelled from the bottom up by workers who have found solidarity among each other. Working together, across the country, they are building strength, and with each election victory their collective voice grows.

What challenges does Workers United face in southern states?

Like every other union, we must overcome the anti-union history of the US south, which makes any organising campaign much more difficult. Stores in the south have had a tougher win-loss record compared with other parts of the country. Overall, Workers United has won 90 per cent of all Starbucks elections. In the south, our win rate is 67 per cent. We are still very happy with this win rate, considering this is the traditional south we are working in.

Starbucks’ anti-union activities are also pervasive in the south. There have been more firings in this region than any other place – in Estero, Florida; Memphis, Tennessee; and Raleigh, North Carolina. We know the company does this to chill organising efforts, as a way to scare people so they will be too afraid to support the union.

In response to the company’s aggressive anti-union actions, Workers United has filed numerous unfair labour practice charges against the company for actions such as holding captive audience meetings, intimidation and unjust firings, which the union alleges are illegal under the US National Labor Relations Act.

The NLRB recently declared illegal the actions of the company to fire seven workers in Memphis, and is petitioning the courts to make the company reinstate them.

How has Starbucks responded to unionising efforts across the USA?

Starbucks has aggressively fought against letting their partners have a voice in the workplace. Partners have a very simple ask: they want the right to form a union so they can have a voice in their workplace. They are the ones who interact with customers and the ones brewing the coffee and providing the service the company prides itself on. So they are the ones who know first-hand the issues that need to be fixed and the improvements that need to be made.

Starbucks has waged an aggressive anti-union effort, going as far as holding captive audience meetings, providing false and misleading information, cutting partners’ hours so they don’t qualify for certain benefits, and even firing workers for engaging in union activities. The company has hired a team of lawyers known for their aggressive anti-union stance to fight its partners every step of the way, to slow the momentum of this movement.

Despite its stated values and mission, the company has shown through its actions that it is not what it claims to be – a warm and welcoming company that encourages growth within its workforce, challenges the status quo, conducts itself with transparency, dignity and respect, and holds itself accountable for results and through a lens of humanity.

In response to the company’s activities, in recent months Workers United has filed more than 180 unfair labour practice charges with the NLRB.

NLRB regional offices have been investigating Starbucks’ anti-union conduct across the USA and have so far issued nine1 complaints charging it with violating labour laws. In Memphis, Tennessee, the NLRB has charged that the company fired five of six members of the union organising committee and is now prosecuting the company. In Buffalo, New York, the NLRB found ‘serious and substantial’ misconduct by Starbucks, and has charged it with over 200 violations of US labour laws in one of the largest complaints in US history.

How do your efforts relate to unionising efforts at Amazon?

Both Starbucks and Amazon are companies that have tried to portray themselves as responsible, ethical corporate citizens that care about our planet and society – even as they blatantly mistreat and exploit their employees.

We are hopeful that the grassroots efforts driven by workers who are tired of their exploitative and unjust working conditions have set in motion a push towards transformative change for improved conditions for hourly wage workers to include dignity and respect in the workplace.

Workers all over the world should be afforded the right to organise, seek improvements and speak up against injustice and inequality wherever they see it.

We face a company that has proven to be determined to silence its partners’ voices at whatever cost and by whatever means. It does not seem to recognise that partners are fighting to improve the company rather than seek its demise. Partners are seeking to help make the company the progressive employer it claims to be. They want to improve the climate and culture of the company, which they say has deteriorated over the years.

Partners who are organising should be recognised as courageous champions of the working class. They are buoyed by acts of solidarity, through words and actions.

We need international civil society and the broader international community to amplify partners’ calls on Howard Schultz, Starbucks founder and chief executive officer, and Mellody Hobson, chair of the Board of Directors, as well as the entire Board of Directors of Starbucks to stop their union-busting practices. They are threatening workers, firing them, threatening to withhold raises and waging a war on their own employees. The international community should call out Starbucks for not being a progressive company and let workers at Starbucks stores in the USA know they support them.

Let them know that the world is watching and cheering them on. Show your support online by following the organising effort on Twitter and check for the latest news coverage of this historical movement on the Workers United website.

Civic space in the USA is rated ‘obstructed’ by the CIVICUS Monitor.
Get in touch with Workers United through its website and follow @WorkersUnited and @sbworkersunited on Twitter.

CIVICUS speaks about the struggle for sexual and reproductive health rights in Sierra Leone with...