PANDEMIC TREATY: ‘States hold a shared responsibility to keep the world safe and must be held accountable’ 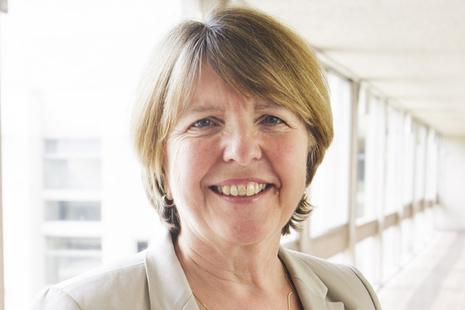 CIVICUS speaks with Dame Barbara M Stocking about the need to develop a new pandemic treaty anchored in solidarity, transparency, accountability and equity.

Barbara Stocking is chair of the Panel for a Global Public Health Convention, former president of Murray Edwards College at the University of Cambridge, former chief executive of Oxfam Great Britain and former chair of the Ebola Interim Assessment Panel.

What is the Panel for a Global Public Health Convention, and what prompted its launch in April 2021?

The University of Miami decided to survey experts across the world about the topic of pandemics. This happened before the COVID-19 pandemic erupted. We needed to know if we were prepared for a pandemic and what issues needed to be tackled. I was among the experts in 2015: I chaired the Committee on Ebola that assessed the performance of the World Health Organization (WHO). An article summarising the experts’ views was published in the peer-reviewed medical journal The Lancet a few months later.

By then the COVID-19 pandemic was well underway, and University of Miami’s president, Julio Frank, proposed doing more than publishing a report. The Panel for a Global Public Health Convention was founded in 2020 to advocate for new ways of governing and undertaking outbreak control and response, and I was asked to chair it.

The Panel is an independent, high-level advocacy coalition. It includes former presidents such as Laura Chinchilla from Costa Rica and John Mahama from Ghana, and former Secretary-General of the Organisation for Economic Co-operation and Development, Angel Gurría. These are all people who can have influence with the WHO, its member states and other bodies. We are not campaigning publicly because we do not have the resources or the people, but we operate at the highest political level.

In December 2021 the World Health Assembly agreed to launch the process to develop a global treaty on pandemic prevention, preparedness and response. Our panel will keep watching as the idea unfolds to make sure it accomplishes the things we think are needed to stop outbreaks turning into pandemics.

What shortfalls in the response to the COVID-19 pandemic made the need for a treaty apparent?

The need for a convention became obvious to everybody as a result of COVID-19, but it is not just about COVID-19. For the last 20 years, every single report concluded that we were not ready to deal with a pandemic. COVID-19 just confirmed this in the most horrifying ways.

Preparedness is key. Governments have tried to be prepared, but they were clearly not. Why is that? For some countries it was a matter of resources, and in those cases we must ensure they get the resources to have health surveillance systems in place. However, many countries with abundant resources and excellent health systems were not ready either. One of the reasons for this is that very few countries practice preparedness. When I was in the UK health service, each hospital would practice a major incident every three years. We need the same approach in public health preparedness. Practice is key and must include not just health systems but the whole government, because if anything that big happens, ministries and heads of state must also get involved.

The public was not prepared either. We need to make sure we deliver the right messages and we engage communities, which we know are so important.

When it became clear that there was a virus circulating, and it was not yet clear what it was, and the WHO made the call for a public health emergency of international concern, not much was done. February 2020 was a key moment for action, yet very little happened.

It all boiled down to a fundamental lack of understanding about what being precautionary means in the case of a pandemic. With most things in life, you can ask yourself whether a situation is going to get worse and make a realistic assessment. But with a pandemic, especially at the beginning, you don’t know how the virus will replicate, and you must move fast. But with COVID-19, states did not. They also had objections to WHO guidelines because, they said, the WHO ‘had no authority’.

The next fundamental problem is that although we have international health regulations, people tend to not comply, and there are no enforcement and accountability mechanisms. Clearly, there is also work to be done to update international health regulations, but the biggest issue is countries agreeing to be accountable to each other. The expression we use is ‘mutual assurance’: for a state to make difficult decisions, it needs to know other states will do the same. This should sell the idea of accountability.

There is no point in having a pandemic treaty or convention unless people are willing to be accountable. But this is often ignored because it is difficult. States are sovereign over their territories and are responsible for the health of their people, but also hold a shared responsibility to keep the world safe. This is why we need a treaty or convention.

How could the treaty help solve these problems?

The principles of equity, transparency and accountability must be built into this treaty. We need to think what needs sorting out or making right, because these are the things we will be held accountable for.

For example, on the preparedness side, there has begun to be progress, but only through peer reviews of countries to determine whether they are ready. This system would have to be scaled up. Independent reviews would be a positive thing for the treaty or convention. We need somebody other than the WHO to conduct the assessments for preparedness and response, which can be done within a treaty structure. The WHO should set the standards and provide support in the role of ‘friend of the country’. We could set up a small body. As the WHO has pretty much all the data, there is no need to start from scratch. But it must be a body with the required experience and expertise. It may have to report up, through treaty structures, to heads of state, whom we hope would form the conferences of parties overseeing this treaty or convention.

All these things can be built in. They will not take away WHO’s powers but rather add to them.

How has civil society participated so far in the treaty process?

Civil society is clearly asking for more say in health issues and in the development of the pandemic treaty, and I think this is truly necessary.

At the WHO level, the civil society participating comes mostly from international bodies and local partners, which often have a health background – and I mean ‘health’ in the broader sense, including mental health.

In terms of participation in the treaty process itself, the WHO has a category for civil society, as ‘official observers’. But civil society should have much more influence in the discussion. At the top level, the WHO is setting up two-day events to provide evidence to stakeholders beyond member states. They held a two-day event in April, in which the Panel participated and gave its view on the topic. Another event is coming up in June.

One major problem I have seen is centralised pandemic management. We need to engage communities, and this includes civil society. When handling a pandemic, engagement of people and organisations at the local level must be built in. This can’t be done by central government alone; local authorities must play their role to engage with these groups.

Expanding the treaty’s governance to include civil society would be quite challenging because member states will own the treaty they will be signing up for, either by consensus or by government ratification. There has got to be more debate on how, even if there is a conference of parties, we can include civil society more and engage with it.

What are the main challenges you foresee for the near future, regarding the implementation of an eventual treaty?

The first challenge is to produce a Global Public Health Convention with strong accountability. States must accept that they are to be held accountable towards each other and the world. And although it may be tough for states to accept the idea of being assessed by independent people, we need assessments to be conducted by an independent body. We can have states overseeing its work, but it needs to be able to work independently.

The notion of ‘shared sovereignty’ is still hard for countries to accept fully. But we are a globe; we need people working together. We are all related to each other, so we need to have the willingness to cooperate and see how we can build together. People will worry about the loss of sovereignty, but we need to help them understand how critically important this is, in both a moral and a self-interested way. It is in each one’s own interest to have others behave well towards them. These are some of the blocks we need to get over to have a very good treaty.

In sum, states have already agreed to produce some sort of treaty or convention and are already working on it. But the question is, is it going to be the right one? If everything goes well, we will have an agreement by 2024, and then there needs to be some time for countries to ratify it – or not.

But we must not let the momentum pass because we really must be prepared. People keep asking if we might have another pandemic in the next 10 or 20 years. Well, frankly, we might have another one next year. There is a real urgency because habitats are changing; animals and humans are getting closer and closer together.

I see everyone relaxing a bit since COVID-19 seems to be somewhat under control. But we must not go to sleep on this. It is almost certain that this will happen again in the future. The one thing we don’t know is how soon.

Get in touch with the Panel for a Global Public Health Convention through its website.