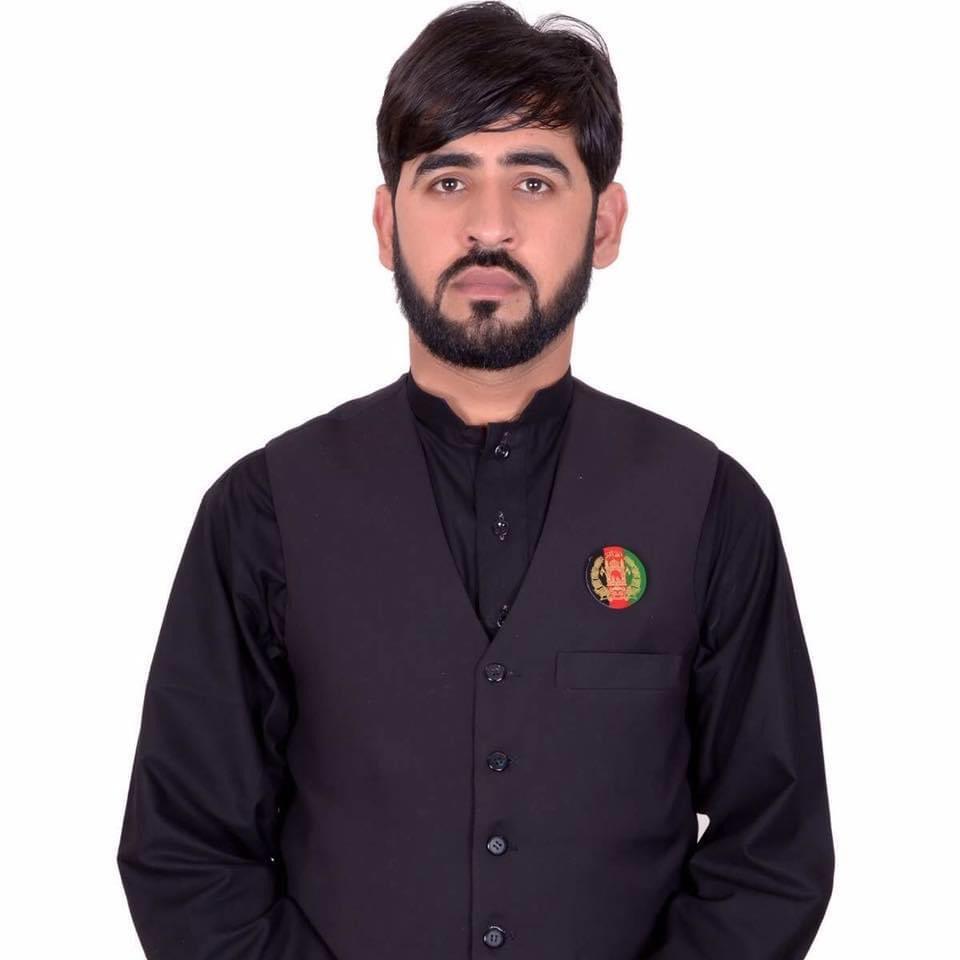 CIVICUS speaks about girls’ right to education in Afghanistan with Matiullah Wesa, founder and president of PenPath.

What is PenPath, and what kind of work does it do?

In the area of education, we work towards the goal of reopening closed schools. In 2009, we reopened a school in a war zone area that had been closed for almost 15 years. After we started reaching out to volunteers, we were able to campaign house to house in village after village. Over time, we were able to reopen 100 schools in the 16 provinces of Afghanistan.

For instance, once we went to an area which had 2,100 families and not a single school. We started encouraging people by giving them information about the importance of education. They saw how important it was to have a school in their area. PenPath eventually established 46 schools in this previously school-less area, and we also opened 40 public libraries in remote areas.

We want to change people’s minds and show them that children’s rights, women’s rights and the right to education are all fundamental rights. We organised a book donation campaign and with the help of Afghan people we have so far collected 340,000 books. We have also distributed 1.5 million stationery material kits (pens, notebooks, schoolbags, pencils) among Afghan people. We provided education facilities for 110,000 children; and 66,000 of them were girls.

We think of PenPath as a bridge: we are a bridge between people and education.

What inspired you and your brother to found PenPath?

Our father was a tribal leader, and after 25 years of work and campaigning house to house to promote education, he established a public school for 900 students. This first school was built out of tents my father got, and we all studied under the trees. In 2003, I was a child attending school in Kandahar Province, Maruf District. I was in the fourth grade and I still remember the day when armed militants came and burned it down. It was very early in the morning, and they destroyed everything, including the Afghan national flag, pictures of the president, and of course the tents, chairs, books, and all school materials we owned. They yelled out awful things to teachers and students. My father was not present when this happened, so I told him once I saw him at home that evening. Even though he was devastated, this did not stop him. The next day, he encouraged all of us to fight for our rights and rebuild the school.

Six days after my school was burned down, militants came into my house to warn my father that as he was a supporter of girls’ education we were not welcome any longer. They gave us one week to go. We left our home and our district or else we would have been killed.

We left for Kabul, where we saw that both girls and boys had access to education. I reflected on this and decided to start some kind of campaign. I explained my idea to my father and he agreed to give me financial support for my project, which was also dear to him because he had a history with girls’ education initiatives. This is how my brother and I founded PenPath in 2009.

What obstacles have you faced?

When we campaign with PenPath, we travel around the country and visit all districts and villages on our way. We talk to the local people in each area and we promote the unity of Afghan society for the cause of education. It is always difficult to start this conversation. When you first approach locals, their reaction can be very aggressive; they give us death threats and say they will kill us if we keep doing what we do. We also receive threatening phone calls from unknown numbers.

However, I don’t personally see these threats as obstacles. We manage to have thousands of contacts with locals and tribal leaders from all religious backgrounds who support our work. Fundamentalist militants can’t control our work and they can’t make us stop.

How did the context change as the Taliban returned to power?

The Taliban took over Afghanistan on 15 August 2021. Two days after this, PenPath started campaigning. We travelled to 20 provinces and met with thousands of women, men, tribal leaders and people from all religious backgrounds. We encouraged them to join us and contribute to the cause of girls’ education. We told them education is our basic right, it’s an Islamic right, it’s a human right.

When the Taliban closed girls’ schools, PenPath was the first CSO to start protests against this. We started protesting in March 2022 and held press conferences against the Taliban’s decision.

Right now, girls’ schools are closed from grade six to grade 12 – that is, approximately from ages 12 to 18 –, which means that secondary education is out of reach for girls. People are starting to feel hopeless because it has been seven months now and girls still can’t go back to school.

We are campaigning to reverse this every day, protesting and holding press conferences. The Taliban told the media they would open these schools soon, so now we are waiting for this to happen. We are just waiting for the Taliban’s final decision regarding girls’ education. If the Taliban don’t keep their promise and open the schools, we won’t stay silent – we will take to the streets.

We will protest outside the Ministry of Education until schools are reopened. The reason I stayed in Afghanistan was to open all schools and to defend this fundamental right. This is now PenPath’s responsibility.

To what extent are people able to mobilise for girls’ education in Afghanistan?

We receive threats and face any challenges that come our way. I could write books about all the challenges I’ve encountered because of my work. But I prefer not to focus on the challenges: I try to share with the media just the positive things. We want to reopen schools, and we will do whatever is necessary to achieve this. We won’t be silenced.

How does a ‘secret school’ work?

Secret schools function inside people’s homes. Many houses in Afghan villages are sufficiently big, with very big entrance halls. Some secret schools have grades one to six (ages 7 to 12), and others have grades six to nine (ages 12 to 16). Girls usually attend the latter since the biggest problem is that now they can’t attend high school. We also have five online programmes that are specially designed for girls who can’t attend school right now due to the political situation. The vast majority of our secret schools are located in the most remote areas or in war zones. We provide them with teachers, grade divisions and the necessary infrastructure.

In 2016 we started with 12 secret schools. These were located in a war zone area where there were no teachers available. We moved education to the houses and family teachers helped us with this. At this time, we didn’t want to promote this initiative on the media or among the government because we were afraid for the well-being of the teachers and students who took part. If they saw we had secret girls’ schools in that area, the military would try to kill our teachers.

Right now, we have 33 secret schools in the poorest provinces of Afghanistan. These areas had no schools 20 years ago, and we were the ones who brought education to them. There are two kinds of schools in these areas: one has only one class, and the other one has up to nine classes. Girls from poor areas used to have no access to schooling, and now they do. This is what matters to us. We give girls hope. Right now, 5,000 girls are studying every day in our secret schools.

How could international civil society support your work?

Funding is a big challenge for us. During the last government, I had contacts with the president and the minister of education, but I’ve never had contacts with the local Taliban. This means that no one in the current administration will help us. We used to have a team of 2,400 volunteers and worked together with the government. They had a big salary budget and helped us with donations. But the majority of those officials don’t have a job anymore, and this is a problem because we are running very low on donations.

On the ground I can manage, because all of our activities used to be in war-zone areas, which were 50 per cent Taliban-controlled anyway. I know how to talk to religious leaders and how to navigate these difficulties. But funding is a whole different thing.

I am very active on social media. PenPath has a website, Facebook page and Twitter account. I also use Twitter, Facebook and Instagram. If international civil society or foreign CSOs want to contribute to our projects, they can always get in touch with us on social media, by email and through WhatsApp. We currently don’t receive any kind of international funding, and all our work is volunteer work. But we do need your support to continue running secret schools, public libraries, online classes and other activities. Donations would be a big help for PenPath.

Another key way the international community could help is by putting pressure on the Taliban government to reopen schools and by supporting education in Afghanistan. Before the Taliban took over in August last year, there were still many areas with no schools, so we need help building schools, providing scholarships, distributing books and stationery and bringing all these to remote places. We need all the help we can get if we are to provide education opportunities to every woman, girl and boy in Afghanistan. 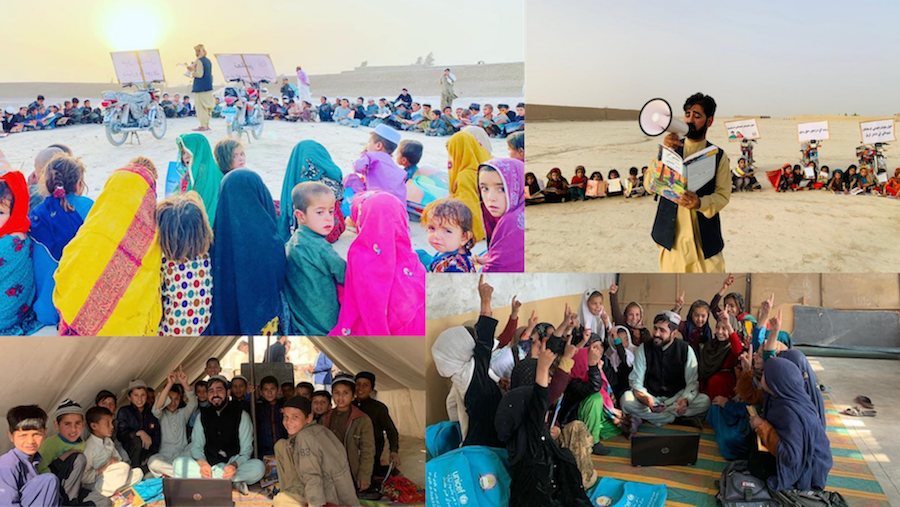