LEBANON: ‘Abuses against women are the direct product of the gender imbalances of a patriarchal society’ 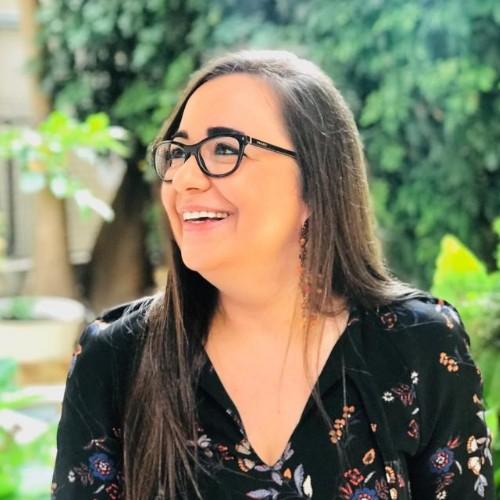 CIVICUS speaks about the impacts of the COVID-19 pandemic on Iraqi women and girls and civil society’s role in combatting gender inequalities in Lebanon with Ghida Anani, founder and director of ABAAD – Resource Centre for Gender Equality.

ABAAD is a women-led civil society organisation (CSO) that strives for gender equality as a key condition for sustainable social and economic development in the Middle East and North Africa. Its work is organised around three pillars: providing direct services, building capacity and developing resources, and advocating for policy reform.

How has COVID-19 impacted on women and girls in Lebanon?

Even before the pandemic, women and girls in Lebanon suffered from a vicious cycle of gender-based violence (GBV) and discrimination that deprived them of the opportunity to participate meaningfully in social, economic and political life.

Most of the abuses and discriminatory acts experienced by women and girls in Lebanon are the direct product of imbalances between women and men in the patriarchal Lebanese society, which are codified into law. Domestic violence is a longstanding problem due to deeply engrained gender social norms that permeate the entire societal system, policies and legislation. So far the government has failed to recognise and therefore address the problem and has not allocated dedicated resources to tackle GBV.

COVID-19 lockdowns and the ensuing economic downturn did nothing but exacerbate already existing GBV risks both at home and in public spaces. Self-isolation, misuse of power, heightened tensions, financial uncertainties and the disruption of life-saving services were key factors that worsened the situation.

During the pandemic, ABAAD noticed an increase in the severity of the violence women were subjected to at home. Some women reached out to tell us they were struggling with mental health issues and suicidal thoughts. At least two women said they had received death threats from family members after showing flu-like symptoms consistent with COVID-19 infection.

How has civil society in general, and ABAAD in particular, responded to this situation?

Since the initial stages of the outbreak, we put together a response to ensure the continuity of life-saving services. We prioritised the best interests of rights-holders by putting them at the centre of the response.

We had to suspend some in-person activities, such as outreach, community events and awareness and training sessions. But on the positive side, our focus on maintaining life-saving services helped us develop new internal case management guidelines for crisis counselling and emergency support services by phone, along with face-to-face services for high-risk cases.

We also provided community-based awareness sessions on COVID-19 and psychosocial support sessions via conference calls and WhatsApp groups. Our helpline continued to function 24/7, including for services provided by ABAAD’s Emergency Temporary Safe Shelters across the country and its Men Centre. Moreover, as the three safe shelters operated by ABAAD were at full capacity, we worked to create additional capacity by renting new spaces.

We led several campaigns, such as #LockdownNotLockup and #TheRealTest, to fight the stigma surrounding COVID-19, show solidarity with women and let them know that they were not alone. We also worked closely with relevant ministries, United Nations (UN) agencies and CSOs to advocate for enhanced-quality coordinated response at a national level. In partnership with the Lebanese Ministry of Social Affairs, we recently launched a series of workshops about national mechanisms to report GBV and special units dedicated to supporting survivors.

On International Women’s Day, we held digital activism activities and sessions for women and girls through ABAAD’s Women and Girls Safe Spaces. There are 23 such centres across Lebanon, providing a safe, non-stigmatising environment for women and girl survivors of GBV and their children to receive comprehensive and holistic care services.

How is civil society working to bring women’s rights concerns into the policy agenda?

Civil society is working hard to bring gender equality to the top of the policy agenda. As Lebanon approaches its first parliamentary election following the popular uprising of late 2019, Lebanon’s Feminist Civil Society Platform, a group of 52 feminist CSOs and activists first convened by UN Women in the aftermath of the 2020 Beirut explosion, has launched a series of demands for candidates running for parliament to commit to achieving gender equality goals.

Our statement to future members of parliament details the laws that need to be reconsidered from a gendered perspective, including various laws to criminalise sexual violence in the Lebanese Penal Code. This is a demand that CSOs have long advocated for.