SWITZERLAND: ‘The victory of marriage equality will boost our efforts towards the next steps’ 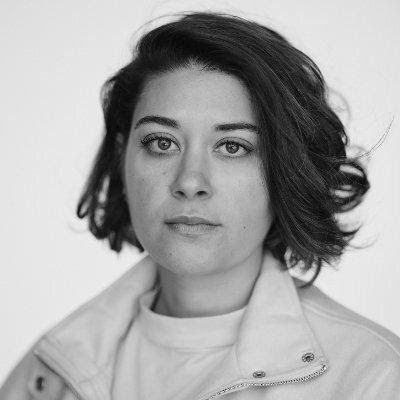 CIVICUS speaks with Jessica Zuber, co-leader of Operation Libero’s marriage for all campaign, about the recent referendum on same-sex marriage in Switzerland. Operation Libero is a non-partisan civil society movement founded to campaign against populist initiatives. Its work focuses on preserving and developing liberal democracy, fostering strong relations between Switzerland and Europe, promoting a liberal citizenship law, supporting a democracy-strengthening digital transformation and encouraging more transparent, accountable and inclusive politics.

What role did Operation Libero play in the process leading to the recent legalisation of same-sex marriage?

Since its foundation, Operation Libero has fought for equal legal treatment. We accompanied the parliamentary process and lobbied so that the law was passed, which happened in December 2020, after almost seven years. A couple of days before the opponents of the law handed in their referendum request, we pushed our ongoing petition, which went viral and received over 60,000 online signatures within a single weekend. To us, that was a very strong signal on the state of public opinion.

We launched our campaign six weeks before the vote. It focused on the motto ‘same love, same rights’. Our campaign complemented that of the ‘official’ committee led by the LGBTQI+ community, showing real same-sex couples on their posters. To set ourselves apart and appeal to a more conservative target, we showed same-sex couples alongside heterosexual couples.

For the launch of our campaign, we staged a marriage and the pictures of this ceremony provided the visuals for media coverage during the campaign. Some of our main concepts were that fundamental rights must apply to all people, and that no one loses when love wins. It was a feel-good campaign, as we intentionally refrained from being too controversial – for instance, by highlighting that homophobia is still a phenomenon very present in Swiss society.

During the campaign, around 150,000 of our flyers were handed out, 13,000 coasters ordered and 10,000 stickers distributed. Our main financial income to pay for this was the sale of our special socks, of which we sold almost 10,000 pairs. We organised boot camps to prepare voters for debates and launched a poster campaign in train stations and public buses. The joint flyer distribution event with members of the right-wing populist party – who, against the official party line, supported marriage for all – attracted media attention and succeeded in showing how broad support for the law was.

Last but not least, a week before the vote we held an event where 400 people lined up on either side to applaud newlywed couples – same-sex and different-sex – as they ran through. This was a very inspiring event, the biggest of its kind in Switzerland.

We are very happy that we won the referendum with 64 per cent of voters supporting the law. September 26th marks a big step for Switzerland: after far too long a wait, access to marriage finally applies to all couples, regardless of gender or sexual orientation. This eliminates key legal inequalities for same-sex couples, for example in facilitated naturalisation, the receipt of widows’ pensions, adoption and reproductive medicine.

Why was a referendum called after parliament had already legalised same-sex marriage?

Opponents of the law launched the referendum to try to overturn it. Their arguments were centred on the traditional view of marriage as a ‘natural’ union between a man and a woman and its centrality in society. They said that ‘introducing universal marriage is a social and political rupture that nullifies the historic definition of marriage, understood as a lasting union between a man and a woman’. They were particularly upset by the fact that the law enables access to sperm donation for female couples, as they believe this forfeits the best interests of the child. They also feared that these changes would lead to the legalisation of surrogacy.

On a more technical level, they argued that universal marriage could not be introduced through a simple legislative amendment, but required a change to the constitution.

Who were on the ‘yes’ and ‘no’ sides in the referendum?

After parliament passed the law, a cross-party committee – mainly comprising representatives of the right-wing Swiss People’s Party and the Federal Democratic Union, an ultra-conservative Christian party – launched a petition for a referendum. They successfully gathered more than 50,000 signatures necessary to push their proposal through and get a national vote. The right to veto a parliamentary decision is part of the Swiss system of direct democracy.

During the campaign, these groups put out campaign posters and online ads and participated in public media discussions. Their main argument was that children’s well-being was in danger, so they put the focus of the public debate on adoption and reproductive rights.

Fortunately, civil marriage for same-sex couples enjoys widespread political support, as seen on 26 September. With the exception of the Swiss People’s Party, all the governing parties supported the bill, as did the Greens and Liberal Greens, who are not in the government.

There was even some openness from religious groups. In November 2019 the Federation of Swiss Protestant Churches spoke out in favour of same-sex civil marriage; however, the Conference of Swiss Bishops and the Swiss Evangelical Network remain opposed to it.

The aggressiveness with which the law granting marriage for all was fought and the fact that about a third of voters rejected it, partly for homophobic reasons, shows that homophobia is still widespread and still far too widely accepted.

We also faced the challenge that as the polls projected a relatively clear victory from the outset, it made it harder for us to mobilise people. Our fear was that people might take victory for granted and not go out to vote. But we were able to reach people with the message that a victory by a wider margin was an even stronger sign for equality in Switzerland.

What other challenges do LGBTQI+ people face in Switzerland, and what else needs to be changed to advance equal rights?

LGBTQI+ groups will continue to fight, notably against hate crimes. Marriage for all does not deliver absolute equality for female couples who receive a sperm donation from a friend or choose a sperm bank abroad, in which cases only the biological mother will be recognised. These debates will still occur, and the LGBTQI+ community will continue to fight for equality.

The clear ‘yes’ to marriage for all is a strong signal that the majority of our society is much more progressive and open towards diverse life choices than our legal system, strongly based on a conservative family model, might suggest. Indeed, marriage for all is just a small step towards adapting the political and legal conditions to the social realities we live in. The ‘yes’ to marriage equality will boost our efforts towards the next steps.

We demand that all consensual forms of relationships and family models – whether same-sex or opposite-sex, married or not – become equally recognised. Marriage, with its long history as a central instrument of patriarchal power, must no longer be considered the standard model. It must not be privileged, either legally or financially, over other forms of cohabitation. In the coming months and years, Operation Libero will campaign for individual taxation, regulated cohabitation, simplified parenthood and a modern sexual criminal law.