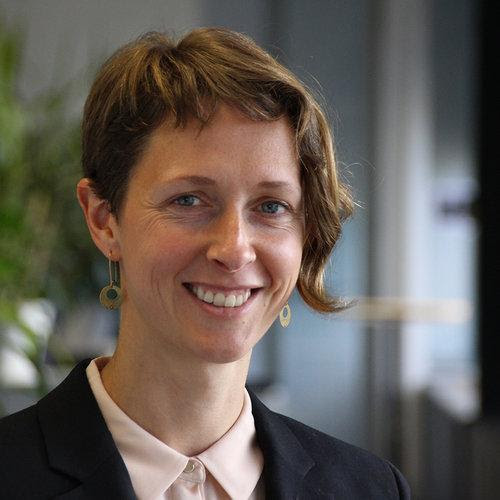 CIVICUS speaks with Keren Adams, Legal Director of the Human Rights Law Centre (HRLC), about the victory recently obtained in holding the British-Australian mining company Rio Tinto accountable for the multiple human rights violations caused by its operations in Bougainville, Papua New Guinea. Established in 2006, the HRLC is an Australian civil society organisation that uses strategic legal action, policy solutions and advocacy to support people and communities to eliminate inequality and injustice and build a fairer, more compassionate Australia.

What tactics does the HRLC use to hold corporations accountable?

The HRLC uses a mixture of strategic litigation, high-impact media work, campaigning and shareholder engagement to hold corporations accountable for the human rights consequences of their actions. We work in partnership with affected communities and workers to seek justice and remedy for corporate human rights abuses. We also advocate to improve regulation and oversight over the activities of Australian companies to ensure they uphold their obligation to respect human rights, wherever they operate.

What were the impacts of the Rio Tinto operations on Bougainville Island, and how did the HRLC support the struggle of local communities for justice and accountability?

Rio Tinto’s former Panguna mine on Bougainville left a massive legacy of environmental and social devastation on the island. Panguna had been one of the world’s largest copper and gold mines. During its operation, between 1972 and 1989, over a billion tonnes of waste from the mine were dumped directly into the Kawerong river downstream. The environmental destruction this caused, and its associated social consequences, led to a local uprising that forcibly closed the mine in 1989 and triggered a 10-year civil war on the island. In 2016, Rio Tinto divested from the mine and walked away without accepting any responsibility for this legacy.

As a result, communities all along the Jaba-Kawerong river valley continue to live surrounded by vast mounds of tailings – mine waste – left over from the mine’s operation. Their water sources are heavily polluted with copper and with every rainfall, huge volumes of tailings erode into the rivers, flooding farms and forests downstream with polluted mud, displacing villagers and destroying peoples’ livelihoods. Many people in the area live with serious health problems, including skin diseases and gastrointestinal and respiratory infections, which local health workers attribute to their exposure to pollution. An estimated 14,000 people live downstream of the mine.

In 2020, the HRLC assisted 156 local residents from several villages downstream of the mine to file a human rights complaint against the company with the Australian government, alleging serious breaches of the company’s human rights and environmental obligations. In response to the complaint, Rio Tinto agreed to re-engage with the communities about these issues and in July 2021 committed to funding an independent environmental and human rights impact assessment of the mine to identify impacts and risks posed by the mine and develop recommendations for what needs to be done to address them.

What do you hope will be the outcome of the process once the impact assessment is complete?

The communities we are working with called for Rio Tinto to fund the impact assessment as a first critical step towards addressing the massive and ongoing environmental and human rights problems being caused by the mine. But it is only the first step. They hope and expect that once the impact assessment is complete, Rio Tinto will contribute to a substantial, independently managed fund to help address the harms caused by the mine and assist long-term rehabilitation efforts.

These communities urgently need access to clean water for drinking and bathing. They need solutions to stop the vast mounds of tailings eroding into the rivers and flooding their villages, farms and fishing areas. They need their children to be able to walk to school without having to wade through treacherous areas of quicksand created by the mine waste. These are just some examples of what remediation means in real terms for the people living with these impacts.

What challenges lay ahead in achieving rightful compensation and long-term rehabilitation?

The extent of the environmental destruction at Panguna and the myriad health and social problems caused by the mine, left unaddressed for over 30 years, mean that substantial resources and a long-term commitment will be needed to find solutions and undertake proper rehabilitation of the site.

So far, Rio Tinto has only committed to funding the independent assessment of the mine. While we see this as an important development, it remains to be seen how serious the company is about addressing its legacy on the island and providing remedy in accordance with its human rights and environmental obligations. We will be continuing to work with local communities and other stakeholders like the Autonomous Bougainville Government to ensure that they do so.

Civic space in Papua New Guinea is rated as ‘obstructed’ by the CIVICUS Monitor.
Get in touch with the Human Rights Law Centre through its website or Facebook page, and follow @rightsagenda on Twitter.