MYANMAR: “If this coup is not overturned, there will be many more political prisoners”

CIVICUS speaks about the recent military coup in Myanmar with Bo Kyi, a former political prisoner and co-founder of the Assistance Association of Political Prisoners (AAPP). Founded in 2000 by former political prisoners living in exile on the Thai-Myanmar border, AAPP has its headquarters in Mae Sot, Thailand and two offices in Myanmar that opened in 2012. AAPP advocates for the release of political prisoners and the improvement of their lives after their release, with programmes aimed at ensuring access to education, vocational training, mental health counselling and healthcare.

Bo Kyi first engaged in political activism in the 1988 uprising, was arrested in 1989 and spent most of the next decade in prison. Since he was released, he has worked to secure the release of political prisoners. 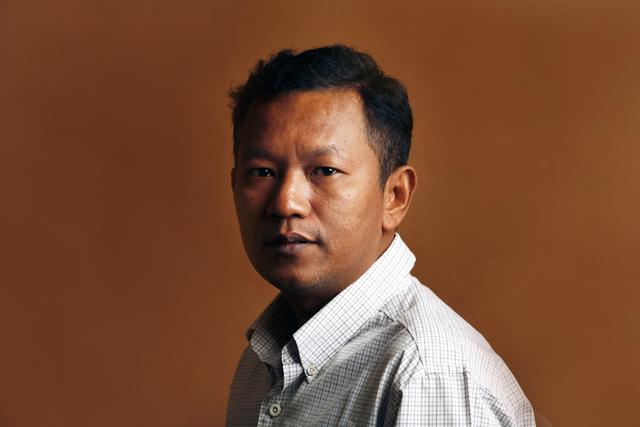 Ever since the coup there have been reports of protests and civil disobedience. Can you tell us more about this?

On 1 February 2021, the military arrested the leader and de facto head of state Aung San Suu Kyi and other senior figures from the ruling National League for Democracy (NLD) party. The military also detained NLD officials and civil society activists in various parts of Myanmar and cut telecommunications and the internet. Following the coup, AAPP has been documenting arrests of political prisoners while activists across Myanmar have mobilised a civil disobedience movement against the coup.

The civil disobedience campaign by public service workers, activists and wider society is spreading fast across the country and enjoys overwhelming support. Demonstrations have grown so rapidly across Myanmar because not long ago, in November 2020, people voted for a democratic government, and when parliament intended to convene on 1 February the military seized illegitimate power through a coup. Just like that, a decades-long desire for democracy was taken away from the people of Myanmar. People reacted by striking pans and honking vehicle horns in the capital in nightly protests meant to ‘drum out evil spirits‘, symbolically exposing the immorality of the military coup and displaying their dissatisfaction.

The escalation of the protests, led by a new generation of activists, students, teachers and public servants, resulted in a general strike that was held on 8 February. These actions reflected the intensification of people’s desire for a civilian democratically elected government.

How have the authorities reacted to the protests?

AAPP has been documenting detentions in relation to the protests, and has found that the authorities are targeting protesters across the country and committing arbitrary acts of persecution to suppress dissent. We are afraid that counter-protesters will be used to create instability, and once a riot is instigated, the military will crack down on peaceful protesters. The military may even resort to article 144 of the Penal Code to ban public meetings of five or more people, effectively obstructing the exercise of the freedom of peaceful assembly.

The military junta has disrupted social media communication such as Facebook and Twitter and shut down internet communication again on 6 and 7 February. This is a serious problem because communications, both domestic and with the international community, are vital to ensure human rights abuses do not occur. There is a real worry that if there is a full blackout, protesters will be even more vulnerable.

What challenges and risks do civil society activists and organisations face?

The military has not acted in a way which shows respect for human rights or the rule of law in past, so we cannot expect that it will do so in the future. The military junta’s attempt to undermine the legitimacy of the November 2020 election is a clear example of this. We are seeing the military use a ‘divide and rule’ policy to create a climate of fear once again. The military will provide favours to some ethnic parties and groups in order to isolate and oppress the NLD. This is a cause of great concern for marginalised individuals and groups in society.

Since the early hours of 1 February, the military rounded up and detained democratically elected lawmakers and other officials and arrested civil society leaders and activists in an attempt to stifle dissent. As of 7 February, 165 people had been detained and 152 remained under detention, including two who had been sentenced for protesting against the coup (Section 505b of the Penal Code) and defamation (Telecommunication Law). Some have been released on house arrest or unconditionally. We still do not know where some of the recently detained are, and there are real concerns for the health and condition of some of the older ones, as well as regarding former political prisoners with health problems resulting from the torture and poor conditions they experienced while incarcerated. The treatment that these prisoners receive defies any international and domestic law standards. If this coup is not overturned, there will be many more political prisoners.

How can the international community support civil society in Myanmar?

The internet blackouts make domestic civil society and the general public vulnerable, particularly if the military regime decides to crack down on protests. The international community must never accept an internet blackout on Myanmar, so every possible step should be taken to make sure that we remain connected to the outside world. International civil society needs to put more pressure on their governments so they make sure that the military honours the results of 2020 election. There is need for more pressure so the one-year emergency decree declared by the military is repealed. This requires coordinated efforts between our regional neighbours, Europe and the USA.