CIVICUS speaks about the recent protests in Costa Rica with Carlos Berríos Solórzano, co-founder of Asociación Agentes de Cambio-Nicaragua (Association Agents of Change – Nicaragua) and member of Red Previos (Central American Youth Network). Along with others from Central America, he has recently founded the Centre for a Culture of Peace in Central America. Originally from Nicaragua, Carlos is a youth activist and a human rights defender. He has participated in research projects on migration, youth political participation, regional integration and human rights, and is currently studying towards a master’s degree in Political Science at the University of Costa Rica. 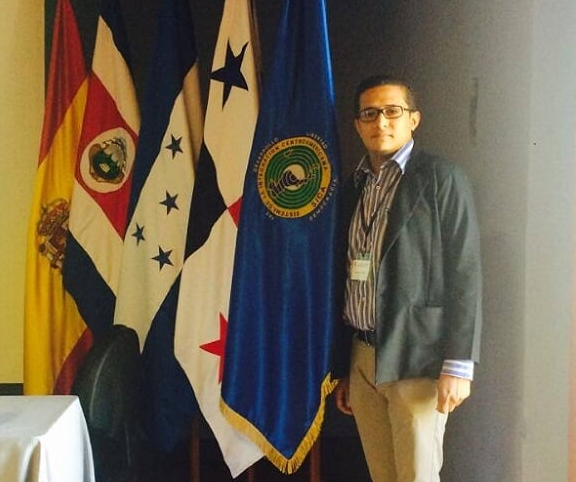 What triggered the wave of protests of late September 2020?

The main causes of the protests that began on 30 September 2020 were linked to the announcement by the government of President Carlos Alvarado, made public on 17 September, that it would request financing from the International Monetary Fund (IMF) for US$1.75 billion to address the post-COVID-19 economic recovery and invest in the public sector. Costa Rica had not requested IMF financing for almost 20 years. The proposal would eventually entail a tax increase in a country where the cost of living is already high. In fact, recent public finance legislation had introduced a tax increase that made already high taxes even heavier.

In addition to an increase in income and property taxes, the proposed agreement with the IMF included new taxes on banking transactions and global income. It also proposed merging some public institutions and selling others, such as the Costa Rican International Bank and the National Spirits Factory.

The government announced its proposal unilaterally, without any consultation whatsoever, when a negotiation of such dimensions and with such implications by far exceeds the sphere of the economy and should be subjected to political negotiations with the participation of all major social forces. The consequences of reaching an agreement with the IMF must be subjected to public debate, which in this case initially did not take place.

Who came out to protest and what did they demand?

Mainly trade unions, working class people and public servants, as well as social and student movements, came out to protest. Their main demand was that the government suspend its proposal to request IMF financing and abandon the idea of privatising public companies and increasing the tax burden.

While the protests had a citizen component, it was its sectoral component that came to the fore both in terms of street presence and influence on the public agenda. Trade union organisations were faster than others to identify the impact of a financing agreement with the IMF on their agendas and their struggles.

Civil society denounced the executive’s intentions, warned of the consequences, worked to educate the public and to open debate, and supported mobilisation.

How did the government respond to the protests?

The government responded somewhat within the framework of international standards for the dispersal of mass demonstrations; in fact, many police officers were injured as a result of aggressions by protesters who closed roads in key places, including the main border crossings with Panama. As days passed, tensions escalated, vehicles were set on fire and sticks and teargas were used in clashes between protesters and police. The security forces responded in a fairly proportionate manner to violent demonstrations, so this was not a case of disproportionate use of force by the authorities.

To neutralise the situation in the face of unrelenting protests, the government first announced on 4 October that it would back down on its proposal, but demanded that protesters cease their blockades in order to engage in dialogue with them. The protesters, for their part, set conditions for lifting the blockades. Specifically, they demanded that the government commit in writing to not resorting to the IMF for the rest of its term in office and that it rule out selling state assets and raising taxes. Demonstrations continued, and in response to them the government made public its negotiating strategy with the IMF and opened its proposal to comments from all sectors. On 11 October, the government announced a national and local ‘social dialogue’, in which 25 representatives from various sections of society – business, labour, women, churches, university students, farmers and others – would submit their own proposals for resolving the economic crisis deepened by the COVID-19 pandemic. The question posed was very specific: “How can we achieve a permanent improvement of at least 2.5 percentage points of the GDP in the central government’s primary deficit and a short-term decrease in the amount of public debt (of about 8 percentage points of GDP), through a mix of revenue, expenditure and public debt management actions, in order to prevent the state from defaulting?”

Were any of the protesters’ demands met?

Despite the intense process of dialogue with various sectors and the valuable contributions brought into this process, substantive demands have not been met, although according to the government they are being considered within the institutional framework in order to give them the attention they deserve.

The protests resumed precisely because the dialogue process showed no results and the authorities demonstrated little political will in terms of compliance. This was reflected in the announcement that the government would move forward with its funding request.

Indeed, following the dialogue process, the executive remained firm in its proposal to request IMF financing. In retrospect, in view of these results, civil society assessed that the call for social dialogue had been nothing more than a demobilisation strategy.

Costa Rica is often presented as a model case of stability, order, social equality and democratic culture. How true is this?

While it is true that Costa Rica enjoys a robust institutional framework compared to its Central American neighbours, which has resulted in economic and social stability, it also continues to fail to address deep social inequalities in the country’s most vulnerable areas. Social problems are neglected because of a lack of political will and the existence of levels of corruption that, while not scandalous by international standards, permeate the country’s political and economic structures and allow the political class and the economic elite to collude and share the spoils of the state.

The protests highlighted unresolved structural problems in Costa Rica. They brought together unsatisfied immediate demands and structural problems related to the distribution of wealth, tax evasion by big business and the control of the economic elites over the state apparatus, which materialises in the social inequality of migrants, Indigenous peoples, Afro-descendants and rural people.

Civic space in Costa Rica is rated as ‘narrowed’ by the CIVICUS Monitor.
Follow @CBerrios26 on Twitter.

CIVICUS speaks about the political situation in Pakistan since the removal of its Prime Minister Imran...