#BEIJING25: ‘All efforts towards gender equality must be built upon intersectionality and power-shifting’

For the 25th anniversary of the Beijing Platform for Action, CIVICUS is interviewing civil society activists, leaders and experts about the progress achieved and the challenges ahead. Focused on eliminating violence against women, ensuring access to family planning and reproductive healthcare, removing barriers to women’s participation in decision-making and providing decent jobs and equal pay for equal work, the Beijing Platform for Action was adopted at the United Nations’ (UN) Fourth World Conference on Women in 1995. After 25 years, significant but unequal progress has occurred, not least as the result of incessant civil society efforts, but no country has yet achieved gender equality. 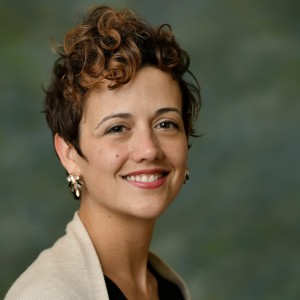 CIVICUS speaks to Lyric Thompson, Senior Director of Policy and Advocacy at the International Center for Research on Women (ICRW), a global research institute with offices in India, Kenya, Uganda and the USA. ICRW’s research seeks to identify women’s contributions as well as the obstacles preventing them from participating fully in the economy and society, and to translate these insights into a path of action that honours women’s human rights, ensures gender equality and creates the conditions in which all women can thrive.

How much of the promise contained in the Beijing Platform for Action has translated into concrete improvements so far?

The Beijing Declaration marked a historic step toward gender equity, centring women’s rights as human rights and strengthening civil society’s role as a key partner. It also helped to give more voice to the lived realities of women and girls from around the world.

There has been measurable progress in girls’ education, maternal health and, increasingly, the repeal of discriminatory laws. But progress has been slow and uneven, and there have been some significant setbacks. This is clearly seen in the USA, which has taken a general anti-abortion stance that has had a worldwide impact in the form of the global gag rule, which prohibits foreign civil society organisations (CSOs) that receive US health assistance from providing legal abortion services or even referrals, and bars advocacy for abortion law reform even if it’s done with a CSO’s own, non-US funds. The policy has been in place since the 1980s but has been repeatedly tightened and currently allows access to abortion only in extreme cases – rape, incest, or when a woman’s life is at risk.

On top of this, new and dynamic challenges – from a worsening digital divide and climate crisis to the current pandemic – also have a gendered impact. As a result, unfulfilled promises abound, particularly regarding access to sexual and reproductive health and rights and the prevalence of gender-based violence (GBV).

The lack of legal and policy implementation, along with the resourcing gaps in the funding of the women’s rights movement, currently account for stalled efforts towards gender equality. But even if every piece of legislation was enacted and all policies were implemented, the challenge remains that most advances so far have been piecemeal. They have been important and have achieved significant progress, but also face limitations due to the fact that not so much effort has been put into targeting the multidimensional and intersecting nature of the forms of discrimination that affect women. Moving forward, all efforts towards gender equality and social change must be built upon understandings of intersectionality, transformation and power-shifting.

Coordination and collaboration between partners and sectors – including governments, civil society and the private sector – will also be critical to achieve transformative change. It will also be key to put at the centre of decision-making the needs and priorities of the women’s rights movement, feminist leaders, grassroots organisations and young people as they themselves understand them.

What are the key areas of action that need to be emphasised so that Sustainable Development Goal (SDG) 5 on gender equality and women’s empowerment is achieved by 2030?

Grounded in the priorities articulated by UN Women, we believe that two key areas for action are establishing a strong accountability framework for the SDGs and integrating and prioritising gender throughout all the goals, and not just when dealing with SDG 5, given that gender inequality is a fundamental barrier to the achievement of any global development goal. And as well as including a specific goal on achieving gender equality, the SDGs recognise this as a driver for achieving outcomes in other areas including health, education and economic development.

Given that SDG implementation is primarily driven by member states, the UN Secretary-General (UNSG) should prioritise full civil society participation, with a specific focus on feminist, women’s rights and grassroots organisations driving local and regional change.

How have women been impacted on by the COVID-19 pandemic, and how have women’s rights organisations responded?

The pandemic, like other crises and social shocks throughout history, is exacerbating at all levels and across all spheres the inequalities that the gender equality movement has been fighting against for decades. Women are on the frontlines: about 70 per cent of healthcare and social service workers globally are women. At the same time, access to non-COVID-19-related health services by women will likely decrease; if the impacts from COVID-19 mirror those of the 2014-2015 Ebola outbreak, we could be soon seeing reductions in births in healthcare facilities, antenatal care visits and family planning. Under the pandemic, women are also bearing additional household, childcare and child education burdens, which may have negative repercussions on the workplace, where we may see regressions in gains made over decades. Additionally, the COVID-19 lockdowns have resulted in an increased risk of GBV.

Civil society has worked on these issues at all levels, from local to global, to tackle the negative impacts of the pandemic on women. Many women’s rights organisations have taken the pandemic as an opportunity to come together in deeper solidarity and promote women’s leadership in recovery plans and policies. Notably, over 1,600 individuals and CSOs from the global south and excluded communities in the global north signed a statement calling for a feminist response to COVID-19. The proposal identifies a series of comprehensive policies in nine key areas: food security, healthcare, education, social inequality, water and sanitation, GBV, access to information and abuse of power.

Moves in the same direction were seen at the regional level. In Africa, for instance, feminist CSOs and individuals addressed an open letter to the African Union to demand a coordinated feminist post-COVID-19 economic recovery. Civil society around the world has also formed national coalitions to demand the domestic adoption of similar approaches. In the USA, a Coalition for a Feminist Foreign Policy was formed to promote a US foreign policy that promotes gender equality, human rights, peace and environmental integrity. ICRW is a member of the Coalition’s Steering Committee and as such has contributed to this policy innovation aimed at introducing a transformative and rights-based approach across our country’s foreign policy, factoring women in not just as an afterthought but instead weaving gender into every policy and every initiative. There are precedents for the adoption of this approach in several countries, including Sweden in 2014, Canada in 2017, France and Luxembourg in 2019 and Mexico in early 2020. We think the time has come for the USA to implement it too.

To emphasise just how innovative this policy is, let’s just say that for several decades governments have treated gender inequality as separate and unconnected to the ‘hard’, big-ticket items of trade or national security; gender issues were considered a part of ‘soft’ diplomacy. Only in the mid-1990s did the UN issue a declaration officially making gender equality a global priority and widening the lens to focus on gender inequality as part of wider unequal systems, and the rest is history. A feminist foreign policy is simply the latest iteration of this evolving focus, based on a growing body of academic research suggesting that increasing women’s economic, political and social participation can lead to a richer, more peaceful world, establishing a direct connection between gender equality and national security.

Can you tell us about the Feminist UN Campaign that ICRW is a part of?

We believe a global push is needed. Governments must make stronger international commitments to advance gender equality. This means adopting a feminist approach to policy-making, ensuring that that agenda is adequately funded, and having mechanisms to hold one another to account.

The Feminist UN Campaign, begun in 2016, is an effort to create a collective proposal to deliver real and meaningful change toward advancing women’s rights and gender equality at the UN – in all its policies and programming – and to assess annual progress toward that vision. The campaign brings together leading feminist thinkers and activists in civil society, philanthropy, academia and former UN staff around a shared agenda. This agenda requires not only the UNSG’s visible and proactive leadership, but also system-wide reforms to overcome internal obstacles at the UN.

In early 2017 the campaign created a ‘report card’ in response to UNSG António Guterres declaring himself a feminist as he took office. This report card assesses the performance of the UNSG across six categories:

To assess progress and prepare the report cards the Campaign conducts interviews with key UN experts and civil society stakeholders, issues a global civil society survey and tracks key speeches, social media posts, appointments, travel and other initiatives. Report cards have been issued annually throughout this UNSG’s term and the Campaign is currently developing the fourth one.

The third report card published by the Campaign gave the UNSG a mediocre grade. Would you tell us more about its findings and their implications?

The findings of the third report card are not as strong as we’d like. While UNSG Guterres has made good progress in a couple of areas – championing parity, for instance, which has emerged as his signature issue – progress has been less pronounced in other areas, such as increasing funding for women’s rights or freedom of information within the system.

The report card finds Guterres’ public messaging on women’s rights and gender equality actually increased in 2019, tripling the number of speeches he gave on gender equality and continuing to tout his credentials as a ‘feminist’.

Previously strong progress towards gender parity within the UN continued at pace, although backlash also increased. Progress has been stalled by bureaucratic inertia, funding shortfalls and overt internal opposition.

There are five specific areas in which we would like to see progress step up. First, prioritising civil society and feminist engagement in all UN and global processes. Second, pushing for greater transparency around UN activities and funding commitments. Third, ensuring zero tolerance for sexual harassment across the UN system and ending sexual exploitation and abuse, including in UN peacekeeping operations. Fourth, ensuring the full implementation of SDG 5 – that is, the implementation of all of its components, including those member states are more willing to challenge, such as sexual and reproductive health and rights – and the integration of gender across all the SDGs. And fifth, achieving greater political accountability for issues related to gender equality, intergenerational leadership, solidarity, collaboration and intersectionality, funding for women’s rights programmes, movements and initiatives, a shift in power, and more inclusive and expansive decision-making.