CHILE: ‘This historic constituent moment was achieved by citizens’

CIVICUS speaks with Marcela Guillibrand De la Jara, Executive Director of the Chilean Volunteer Network (Red de Voluntarios de Chile) and General Coordinator of Now It’s Our Time to Participate (Ahora Nos Toca Participar). The Volunteer Network is a national platform that brings together Chilean civil society organisations (CSOs) that promote voluntary action. Now It's Our Time to Participate is an initiative of social organisations gathered in the New Social Pact (NPS-Chile) that seeks to contribute to strengthening democracy and social cohesion by promoting citizen participation in the plebiscite on a new constitution scheduled for October 2020 and in the constituent process that the plebiscite is expected to trigger. The campaign focuses on citizen training, the creation of spaces for dialogue and the generation of proposals to feed into the constituent process. 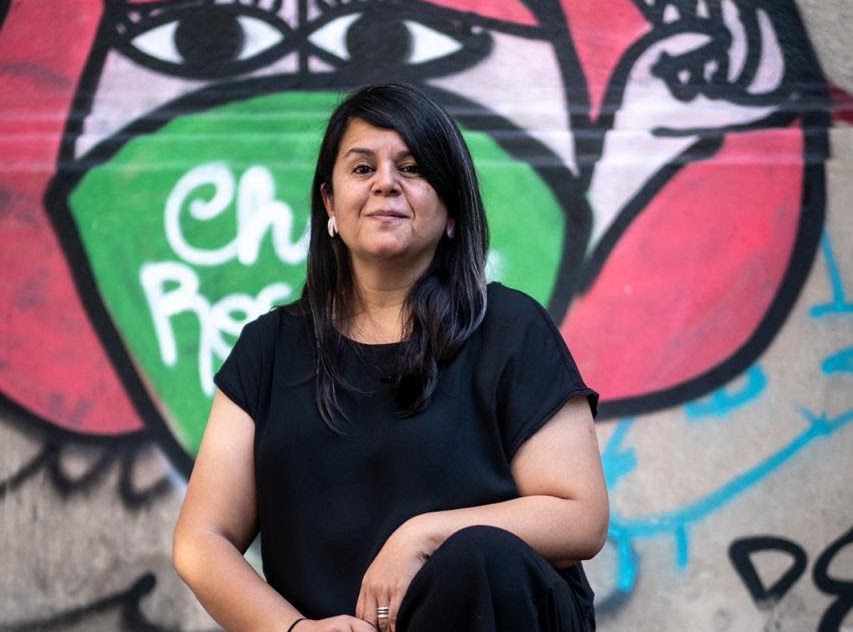 In late 2019, a referendum was called in order to trigger a constituent process. To what extent was this the victory of a mobilised society?

In October 2019, Chile reactivated its political and social life, collectively and throughout its territory. Citizens took to the streets to meet, to speak and take part in politics, as they had not done for a long time. This is how specific and unconventional participatory experiences emerged, locally rooted and with a local identity, mixed with expressions of discontent and frustration towards the structural inequality that had developed and manifested in our country for a long time.

All this was initially motivated by young people’s dissatisfaction with an increase of 30 pesos (approx. US$0.33) on the price of the ticket used in the Chilean capital’s transportation system, the Metro. In reaction to the increase, demonstrations took place, initially in the form of fare evasion but eventually embracing slogans such as ‘It's not 30 pesos, it's 30 years’, a reference to the time that we have been living in a democracy – since our democratic transition took place in 1990 – and the feeling, shared by a large part of the population, that we have not been included in the decision-making process. This was fuelled by high levels of mistrust in institutions, great political disaffection and the reaction against a model that pushed our country towards more individualistic views and forms of participation in all areas.

Faced with a level of mobilisation that did not relent, on 15 November 2019 political parties across the spectrum signed the ‘Agreement for Social Peace and a New Constitution’. As a result, citizens were given the opportunity to decide if they want a new constitution through a plebiscite that will be held on 25 October 2020. In the plebiscite, citizens must also select the mechanism that would be used to draft a new constitution: a constitutional convention, a body fully elected for the purpose of drafting the constitution; or a mixed constitutional convention, which would include both current Congress members, who would make up 50 per cent of the body, and representatives elected exclusively for this task, who would make up the other 50 per cent. A large part of society views this process as opening up a unique opportunity for us to choose freely the Chile we want. Although technically what gave rise to this opportunity was an agreement between various political groupings, this historic constituent moment was achieved by citizens.

Within this process, civil society has also made historic progress on gender issues. Various social organisations that have long worked very hard to promote and defend women’s rights pushed the demand for gender parity in the constituent process, and managed to impose it thanks to the echo they found among various political groups represented in Congress. If the option in favour of drafting a new constitution wins in the plebiscite, the gender parity rule will apply in the election of constitutional delegates. The rule, however, will only be fully operational if the constitutional convention alternative prevails, since in that case all members of the constituent body would be elected in a single election. If the mixed constitutional convention alternative is chosen, the parity rule would apply to the half of the body that will be elected, but not to the half that will be made up of legislators who already occupy congressional seats.

What stance has Chilean civil society taken regarding the prospect of a constitutional reform process?

As the plebiscite date approaches, interest on the subject has increased. We have had localised quarantines for more than five months due to the COVID-19 pandemic, and the organisations with which we interact have had their attention focused mainly on the survival of their programmes and supporting their target populations, since economically the pandemic has hit them very hard. Even so, little by little they have shown growing interest in constitutional issues. For our part, we have stayed connected with them and we have worked together to offer them a platform that contains citizenship training materials that they can use and to coordinate various spaces to conduct training through digital platforms and other mechanisms suited to reach a variety of territories, such as radio and text messaging.

It is in this context that we launched Now It’s Our Time to Participate, an initiative of the New Social Pact (Nuevo Pacto Social) network, which brings together just over 700 CSOs. The initiative seeks to guarantee the training of citizens and citizen participation in the context of the constituent process that will likely take place. Our focus is on activating citizens, providing them with training tools and jointly generating spaces for participation and dialogue to regain prominence in decision-making in our country. For this, in the run-up to the plebiscite, we have organised a range of key content in several sections – citizen participation, constitution and constituent process – that we have made available to citizens and CSOs through our web platform, www.ahoranostocaparticipar.cl, as well as on social media and through other means. On the basis of this content we have developed a range of training options that include accessible materials in various languages, such as Aymara, Mapudungun and Rapa Nui, as well as in Creole. The idea is that all the people who wish to can find answers in these materials about the constitution and the likely constituent process, in order to be able to take part in the plebiscite in a free and informed manner and thus contribute to achieving the most massive vote in Chilean history.

The plebiscite had originally been planned for April before being postponed to October due to the pandemic. Have there been any conflicts or disagreements regarding the postponement and the new date?

The health scenario created by the pandemic forced the relevant institutions to move the date of the plebiscite to October. The section of civil society with which we interact understood that this change was necessary based on a higher common good, people’s health. At the moment we take for granted that the plebiscite will take place in October, since the institutions that could make the decision to change the date have not yet done so, so we continue to work based on that date. Currently, issues related to the implementation of the plebiscite are being discussed. They focus firstly on health safeguards, but also on how to promote citizen participation in this process, which will undoubtedly have very different characteristics from what we are used to. Intersectoral working groups have been set up to work on the issue. First, the Senate set up a forum to receive recommendations and analyse the comparative experiences of other countries that have been in the same situation. Then the Electoral Service kept the forum to continue working along the lines of guaranteeing a safe and participatory plebiscite. Various CSOs have been invited to participate, including Now It's Our Time to Participate. Jointly with these organisations, we have produced a document with recommendations that range from health issues to campaign regulations, and also includes issues such as access to information and citizen capacity development, which is what we work on. This space continues in operation.

Are measures being taken so that people’s participation in the campaign and vote is not undermined by the effects of the pandemic?

The current pandemic scenario is naturally forcing us to adopt safeguards. The electoral advertising phase kicked off on 26 August, so now it is possible to disseminate campaign materials in public places that are expressly authorised by the Electoral Service, as well as on the media. Debate is taking place with great force on social media, which given the need to take precautions, avoid crowds and physical contact and respect sanitary restrictions decreed by the authorities, is currently the main space to gain visibility.

What to do to guarantee everyone’s right to participate on the day of the plebiscite is something that has been under discussion. As a consequence of the COVID-19 pandemic, some places in our country remain under confinement, multiple sectors are quarantined due to the presence of active cases, and there are municipalities that had initiated a deconfinement plan but then had to back off due to new outbreaks of the virus.

How do we guarantee the right to participation of those people who are infected with COVID-19? What alternatives do we have? These are the kind of questions that are being debated by both the public and the relevant authorities who are in a position to respond to these demands.

Along these lines, alongside various CSOs we are promoting a series of recommendations that address not only the sanitary aspect – so that COVID-19 patients can vote – but also issues such as ensuring access to timely information and citizen capacity development to all those people who have historically been excluded from participation for multiple reasons, including due to not having adequate information channels to receive content, or content not being available in a variety of languages. In this sense, it is important that every effort be made to guarantee the right to participation, not only to those who at this particular time might not be in a position to exercise it for health reasons, but also to those who have historically found themselves in a more vulnerable situation, such as older adults, Indigenous peoples, rural populations, women, LGBTQI+ people and migrants.