MALAWI: ‘Civil society expects new gov. to place rights at the top of its agenda’

CIVICUS speaks with Michael Kaiyatsa, acting Executive Director of the Centre for Human Rights and Rehabilitation (CHRR), about the recent presidential election in Malawi, which were held in the context of the COVID-19 pandemic and led to a change of government. The CHRR is civil society organisation (CSO) aimed at supporting and promoting democracy and human rights in Malawi. Its mission is to contribute towards the protection, promotion and consolidation of good governance by empowering rural and urban communities to exercise their rights. Founded in 1995 by former student exiles who returned home to the promise of a new democracy, it operates through two core programmes: Community Mobilisation and Empowerment and Human Rights Monitoring and Training. 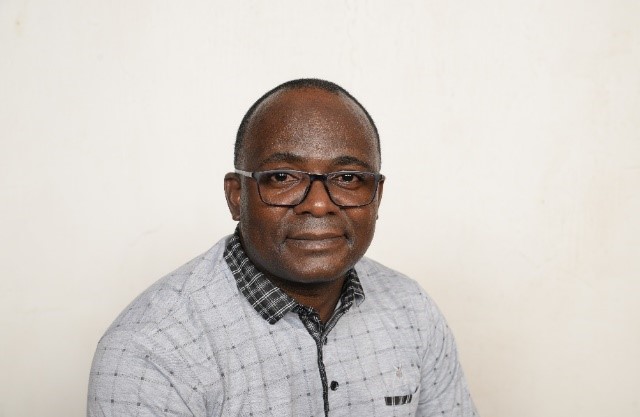 Amidst the COVID-19 pandemic and a political crisis, the presidential election was held in Malawi in June 2020. What was the role of civil society and the judiciary in ensuring that the election took place?

I think it is fair to say that judges and civil society-led protests paved the way for the fresh presidential election to be held. The election that was held on 23 June 2020 was a rerun ordered by Malawi’s Constitutional Court, which ruled on 3 February 2020 to overturn the 21 May 2019 presidential election, citing massive irregularities.

In the May 2019 presidential contest, the incumbent, Peter Mutharika, was declared winner, in the first-past-the-post system, with 38.57 per cent of the vote. However, the opposition claimed the poll had been fraudulent. They cited, among other things, the alleged use of Tippex correction fluid to change vote tallies. Dr Lazarus Chakwera of the Malawi Congress Party and Dr Saulos Chilima of the United Transformation Movement petitioned the Constitutional Court, seeking to overturn the presidential election results. The two cited widespread irregularities, including the use of Tippex and missing signatures on some result sheets.

The Constitutional Court’s historic ruling, later validated by the country’s Supreme Court, represents a noteworthy illustration of the independence of the judiciary in Malawi’s maturing democracy. However, key to the ruling was not only the independence of Malawi’s judiciary but also months of civil society-led mass demonstrations. The protests were so sustained and vigorous that they could not be ignored by key democratic institutions like the judiciary. The Human Rights Defenders Coalition, an influential civil society grouping, courageously brought thousands of people to the streets on a regular basis to campaign against the botched outcome of the May 2019 election. This was particularly important because it significantly increased the pressure on the judiciary and other key democratic institutions to do the right thing.

This is not to underrate the role played by the judiciary. The judges really stood up to defend democracy. Prior to the Constitutional Court ruling there had been several attempts to bribe the judges to ensure that the ruling went in former President Mutharika’s favour: one prominent banker was arrested in connection with the bribery case. There were also numerous threats to the independence of the judiciary prior to the rerun, including a government attempt to force out senior Supreme Court judges through early retirement just days before the rerun. The judges could have easily succumbed to such intimidation and ruled in favour of Mutharika, but they did not. Instead, they stood firm and delivered a radical judgement that has changed the way Malawi is governed.

Civil society successfully challenged a decision by the former government to impose a lockdown. Why did civil society object to it when other countries around the world were implementing similar measures?

Civil society wanted the lockdown to be put on hold until the government could come up with some way to protect the country’s poorest and most vulnerable people. Civil society groups were unhappy that the government did not outline a social safety net for vulnerable people during the lockdown, which prompted the Human Rights Defenders Coalition and other CSOs to seek a stop order from the court. It is a fact that many people in Malawi operate on a hand-to-mouth basis.

It is also important to note that the civil society challenge came after thousands of informal traders in the cities of Blantyre and Mzuzu and in districts like Thyolo had taken to the streets to protest against the lockdown with placards that read, ‘We’d rather die of corona than die of hunger’. Many of these vendors are daily wage earners and a lockdown could have badly affected them. There was also growing suspicion among civil society and the citizenry that the government was trying to use the lockdown to justify the cancellation or postponement of the elections.

How was the election turnout? Were there worries that Malawians would not come out to vote for fear of contagion?

There were worries that Malawians would not come out in their numbers to vote because of health concerns caused by the pandemic. It was feared, for example, that with the need for limited exposure to large groups and social distancing, citizens might be less likely to leave their homes to vote because of concerns for their own health and that of their family members. There was also a major risk that those deterred from voting would be disproportionately from older age groups or people with underlying health conditions. The legitimacy of the contest might therefore be undermined by unfair restrictions placed on certain segments of society and thus by their uneven participation.

These fears were partly realised. The voter turnout was lower than in the previous election. Of the 6,859,570 Malawians registered to vote in 2020, 64.8 per cent voted. This was down from May 2019, when 74.4 per cent of registered voters participated. But the low turnout could also be attributed to inadequate voter and civic education campaigns. Unlike in previous elections, most CSOs were unable to conduct civic and voter education due to resource challenges. The uncertainty of polling dates made it difficult for CSOs to mobilise resources. The previous Malawi Electoral Commission (MEC) did not give people confidence that the elections would take place within the stipulated 150 days. The official date for the polls was fixed only around two weeks before the elections, so mobilising resources to conduct civic and voter education at such short notice was not easy.

However, it is also true that some Malawians may have avoided the polls because of the growing COVID-19 pandemic. By election day, there were 803 documented cases and 11 recorded COVID-19 deaths in Malawi so some people – possibly older people and those with pre-existing health conditions – may have stayed away.

What were the challenges of organising elections during a pandemic?

The experience in Malawi has shown that organising elections during a pandemic can be very challenging. The prevention measures outlined by the government do not allow gatherings of more than 100 people. However, most political parties ignored this restriction and held campaign meetings exceeding this number.

A key challenge faced by the MEC during this fresh election was the need to put the health and safety of voters first while ensuring the integrity of elections. The MEC usually has a voter education budget that is utilised ahead of each election. However, given that this fresh election was not budgeted for earlier, the MEC faced financial challenges, which deepened as a result of the COVID-19 pandemic, which required the procurement of personal protective equipment, adding further budgetary constraints.

The MEC also experienced significant challenges with the production and distribution of voting materials. Malawi imports many election materials from other countries. As Malawi was gearing up for the fresh election, many countries were on full or partial lockdown in the wake of the pandemic. This impacted on election preparations, as some suppliers found it difficult to transport goods internationally. Because of all this, there were significant delays in the printing of ballot papers, which was done in Dubai.

Now that the rerun election has led to the ousting of the incumbent and a new president, what does civil society expect from the new government?

In its 2019 election manifesto, the Malawi Congress Party, which leads the Tonse Alliance (‘Tonse’ meaning ‘all of us’), a grouping of nine political parties formed weeks before the fresh poll to unseat Mutharika, promised to support the operations of local and international human rights CSOs through a permissive and enabling policy and institutional and legislative framework and to facilitate the progressive development of a civil society that is fully capable of holding the government accountable and defending citizens’ rights. It is our hope that the new administration will walk the talk on this promise and withdraw the oppressive NGO Act (Amendment Bill) of 2018, which contains a number of provisions that could pose a threat to CSOs’ ability to operate. The proposed legislation would raise the penalty fee imposed on a CSO in breach of the law from the current US$70 to US$20,000. It would also impose a seven-year jail term on CSO leaders found in breach of the law. So, for example, if you delay submitting a report to the NGO Authority, you could be fined US$20,000 and the directors of the organisation could be sent to prison for seven years. This is a ridiculous provision. It is a provision that can only be found in authoritarian states. We also hope the new administration will scrap the new fee regime, which is repressive and quite high for CSOs, and revert to the old fees. The new fees that CSOs have to pay to the NGO Board were increased in January 2018 from US$70 to US$1,400.

One thing that is urgent now that elections are out of the way is for civil society to sit down and develop an action plan and roadmap, which can include a robust mechanism to check on the government's actions. In this regard, CSOs need the support of international CSOs, particularly to develop their capacities to hold the new government to account on its commitments. CSOs also need financial support to reinforce their role in local governance and accountability. Financial sustainability is crucial for local CSOs if they are to become resilient, effective organisations. International CSOs and donors have a key role to play in helping local CSOs become more sustainable. Finally, CSOs need moral support from international CSOs to be more effective. During the campaign for electoral integrity, local CSOs received overwhelming support from international CSOs through media statements and letters to authorities. It is our hope that this support will continue as we embark on the arduous task of checking the new government’s actions, especially in addressing corruption and the longstanding culture of impunity for human rights violations.

Civic space in Malawi is rated as ‘obstructed’ by the CIVICUS Monitor.