TUNISIA: ‘The official response has failed to consider the gendered aspects of the pandemic’

In the run-up to the 25th anniversary of the Beijing Platform for Action, due in September 2020, CIVICUS is interviewing civil society activists, leaders and experts about the progress achieved and the challenges ahead. Focused on eliminating violence against women, ensuring access to family planning and reproductive healthcare, removing barriers to women’s participation in decision-making and providing decent jobs and equal pay for equal work, the Beijing Platform for Action was adopted at the United Nations’ (UN) Fourth World Conference on Women in 1995. After 25 years, significant but unequal progress has occurred, not least as the result of incessant civil society efforts, but no country has yet achieved gender equality.

CIVICUS and the Arab NGO Network for Development (ANND) speak to Ramy Khouili, director of the Tunisian Association of Democratic Women (Association Tunisienne des Femmes Démocrates, ATFD). Founded in 1989 by the autonomous feminist movement in response to state feminism, ATFD promotes gender equality in all areas, from the political sphere to socio-economic rights, including women’s sexual, bodily and reproductive rights, and fights against all forms of discrimination and violence against women. 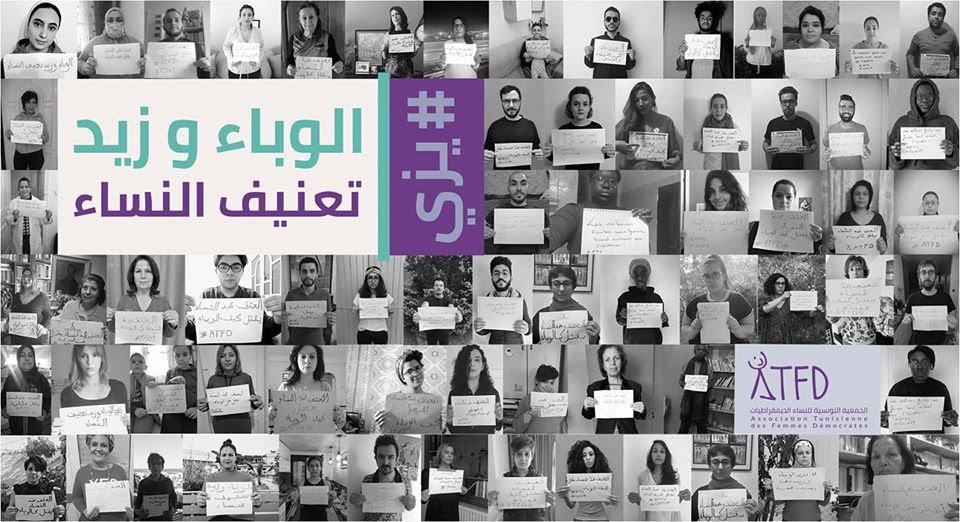 What is the situation of women’s rights in Tunisia? How much has been achieved so far?

About a month after independence in 1956, the Code of Personal Status was enacted. Up until now, it is still seen as the most progressive and revolutionary personal status code in the region because it abolished polygamy, instituted civil marriage and abolished repudiation and many forms of degradation of women. Ever since then, we had a very peculiar situation, as state feminism prevailed in the public sphere. We lived under a dictatorship for almost 50 years, but Tunisia was always praised as a good example when it came to women’s rights in the region. That praise took women hostage, denying them the right to real equality. So an autonomous feminist movement was founded and it made it its mission to denounce that the situation was not as good as the regime presented, which caused it a lot of trouble.

Following the 2011 revolution there was a comeback of Islamist and conservative groups, and women’s rights were thus threatened. Between 2011 and 2014, during the process to draft a new constitution, the Islamist majority tried to impose a new concept of ‘complementarity’, instead of equality, between women and men. It took a lot of efforts from civil society organisations (CSOs) and street mobilisations to challenge this. As a result, Article 21 of the Tunisian Constitution now clearly states that women and men are equal before the law and prohibits any form of discrimination.

It took a social movement to come up with a Constitution that is widely hailed as the most progressive in the region. A last-minute addition, Article 46, recognises the role of the state in fighting violence against women, establishes that the state has a responsibility to promote and protect the rights of women and prohibits any regression in women’s rights.

Since then we have achieved many further legal changes. An anti-human trafficking law was passed in 2016 and an anti-violence law was approved in 2017, which was the first of its kind in the region and was mostly written by civil society activists and feminist organisations. In terms of political representation, the law on political parties enacted in 2011 established that all electoral lists must have gender parity.

On the ground, the situation is different from the law, as inequalities are still very present. Many discriminations persist in practice. Statistics are alarming. Half of all women have been victims of some form of violence. Socio-economic crises have worse impacts on women than on men. Among women, the unemployment rate is almost double the rate for men. Women’s access to land is limited: only four per cent of women own land, although they make up almost 90 per cent of the agricultural labour force.

In 2019 we submitted, along with other Tunisian CSOs, a shadow report tracking progress towards the goals of the Beijing Declaration and Platform for Action and laying out the challenges ahead. Our report presented a very different view from the Tunisian government’s. One of our biggest concerns is that Tunisia is a Muslim-majority country and that when the Beijing Platform for Action and Action Plan were adopted, the state of Tunisia submitted a declaration – common to other Muslim-majority countries – saying that it would not commit to any measures that might contradict the values of Islam. Article 1 of the new Constitution states that Tunisia is a Muslim country. That declaration is still in place. Although the state of Tunisia has lifted most of its reservations on the Convention for the Elimination of all forms of Discrimination Against Women, it didn’t lift its reservations on the Beijing Declaration and Platform for Action. So challenges remain both in law and practice.

How has the COVID-19 pandemic exacerbated those challenges, and what is civil society doing to address them?

At the beginning of the COVID-19 pandemic the ATFD issued a warning to the Tunisian authorities stating our concerns about the period of lockdown, when many women would have to stay at home with their aggressors. We were right, as the number of instances of gender-based violence kept rising under lockdown. The Ministry of Women Affairs said that the amount of calls received through the emergency phone line set up by the government had multiplied fivefold. In our counselling centres we also witnessed a peak, as the number of women who were victims of violence and sought our help increased. The situation got more difficult as people started getting more aggressive. But at the same time, it became much more difficult to go to a police station or seek health services, so access to services decreased. Women have felt isolated and compelled to continue living with their aggressors during lockdown.

Most of the courts were also closed during lockdown and we had to lobby with the high council of the judicial system and the Minister of Justice to include cases of violence against women amongst the emergency cases they were tackling during lockdown. Fortunately, they accepted.

In addition, the socio-economic rights of women have been further impacted upon. Due to the economic crisis that came with the pandemic, many women lost their jobs, or are not getting paid. Many women in Tunisia work in the informal sector so they could not continue their work and were left without any income. This is affecting their ability to take care of themselves and their families. We have been working with a group of women domestic workers on a study about the situation of domestic workers in Tunisia. The situation is really alarming because domestic workers cannot work during lockdown and have no other source of income. Although the informal sector represents a large part of the economy, the relief measures adopted by the government only apply to the formal sector. In addition, government aid was given to families, but according to Tunisian law it is men who are the head of the family, so money goes mostly to men. In cases of conflict, violence or separation, women won’t have access to government aid.

We have done a lot of advocacy with the authorities because the official response has failed to consider the gendered aspects of the pandemic. We have worked with most ministries. We met with most ministerial departments to raise awareness. We sent policy papers and open letters. We continued to deliver services in our counselling centres, which are still operating. We also adapted these services to be delivered by phone. We launched a campaign on violence against women during the pandemic, which was followed by thousands of people and was a big success. As a result, the Middle East and North Africa region department of Facebook got in touch with us and now we are working in partnership with them to increase audiences for future campaigns. We will also establish communication channels with Facebook to report violence and hatred on social media.

What restrictions on the freedoms to organise, speak up and protest have you faced during the pandemic, and what are you doing to overcome them?

We haven’t faced restrictions from the government, although our presence in the public space has been affected because it is not possible to hold demonstrations. Demonstrations are something that we are used to doing, because it works to occupy the public space and say, ‘we are here and we are asking for this and that’. This is something we now cannot do, but we are moving to a new phase of the lockdown and it might soon start to get a little easier, so we are thinking of new ways to protest while respecting social distancing. We are reflecting on how to adapt our mobilisation tactics. We are focusing on social media as well as traditional media to communicate our messages and talk about the problems we face, to reach out to the highest possible number of people. We are also attempting to diversify our ways of communication to reach out to different categories of target groups.

We are also establishing a coalition with the journalists’ trade union, the Tunisian League of Human Rights and other organisations to work on the human rights impacts of response to the pandemic.

Many donors and partners have been very flexible because it was obvious that we could not continue acting as if nothing had changed. We had to adapt many of our activities, postpone others and relocate budget towards social aid. Most of our partners were very understanding and we have had good discussions with them to readjust our plans to the situation created by the pandemic. However, we also had issues with donors who decreased salaries for this period.

Besides tackling the urgent issues, we are also in a process of reflection internally and with our partners and allies. We want to see some positive change as a result of the pandemic. We want a more just and equal society in which everyone feels included. The pandemic has revealed some underlying issues that the government chose to ignore for a long time, but that now will need to be addressed, such as a failing healthcare system.

What support does Tunisian civil society need from the international community?

Civic space in Tunisia is rated as ‘obstructed’ by the CIVICUS Monitor.
Get in touch with the Tunisian Association of Democratic Women through its Facebook page and follow @atfd_tunisie on Twitter and femmes_democrates on Instagram.