In June 2017, the civil society organisations (CSOs) that are part of the Latin America and Caribbean (LAC) Hub of Innovation for Change (I4C), a global innovation network supported by CIVICUS and Counterpart International, launched a sharing economy platform to find alternative resources in a moment when international cooperation weakens in the region. The platform, called ComuniDAS, facilitates the exchange of services between Latin American CSOs, but its enormous potential is also seducing the private sector and CSOs outside the region. In May, the initiative won the popular vote award at the SID-Washington Innovation Competition 2019, and will soon be replicated by the Middle East and North Africa (MENA) Hub of I4C. 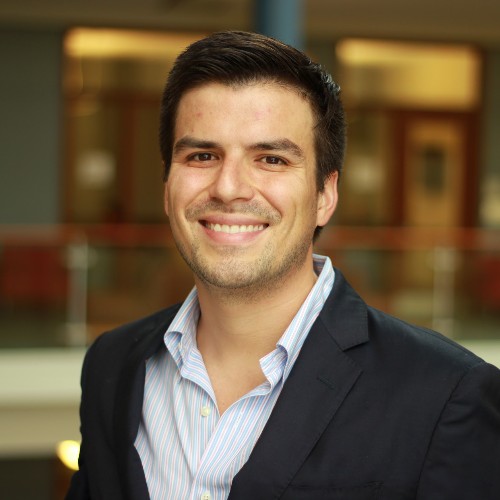 We spoke with Gerardo Torres, spokesperson for ComuniDAS, about their journey creating this platform, its challenges and strengths.

How did the hub come across with the idea of creating ComuniDAS?

The idea was born in 2016, when 45 CSOs got together to set up the LAC Hub of Innovation for Change. We were discussing the main financing challenges for CSOs in the region and how to address them, and we ended up speaking about sharing economy. This subject was resonating internationally and according to Times magazine, it was one of the 10 ideas that would change the world. In Latin America there were some success stories of sharing economy, such as a platform created in Chile after the earthquake, through which the affected communities organised to collect resources and buy items of common need; there were also various environmental initiatives. Thus, we saw the opportunity to map our needs, strengths and things we were each good at with the idea of ​​exchanging these resources under the sharing economy model, strengthening solidarity between CSOs and then attracting solidarity from other sectors.

What resourcing challenges for CSOs do you want to address with ComuniDAS?

We identified three main challenges. First, more financing alternatives are needed because international cooperation – a major source of resources for civil society – is withdrawing from the region to focus on other areas of the world. We also noted that the more traditional CSOs, such as those founded in the 1970s during civil wars and focused on human rights, have difficulty establishing alliances with the private sector without feeling that they lose their autonomy. Finally, according to the World Giving Index, Latin America and the Caribbean has one of the weakest philanthropic cultures in the world, which is reflected in the low solidarity within the CSO sector, which hardly shares knowledge or resources despite the fact that many organisations have great strengths and capacity to do so.

What advantages and difficulties have you faced to implement a project with innovative concepts for the sector?

We found a lot of interest both in the topic of sharing economy and in having civil society leading innovation projects. This facilitated obtaining support, advice and tools from experts in the field, such as the renowned Albert Cañigueral, from entities that are promoting sharing economy, such as the Inter-American Development Bank (IDB) and even from the private sector.

We found several difficulties. In the beginning, we thought that the platform could be based merely on solidarity, so that a large CSO with more resources and capabilities would help a small CSO in exchange for another service. However, in practice, the success of these exchanges lies in ensuring trust and reciprocity among the members, so that they provide the promised services and on time, which we had no way of doing. Another challenge is to avoid widening the gap between the strongest CSOs that have something to exchange and ability to participate in this type of innovation initiatives and the smaller ones that have needs but may not be able to offer something in return. Having the right technology for the platform has also been difficult because there was not something ready to use in the region, so we’ve had to develop it.

How have you addressed the need to ensure that reciprocity and trust?

There are mechanisms such as allowing users to publish reviews and ratings of members with whom they have exchanged services, but these are not enough. We checked out how private sector platforms have dealt with this and found an online platform promoting symbiotic economy in the United States, called Simbi, which allows members to accumulate virtual credits for services provided and exchange them for various services of other members of the community. This caught our attention because it would allow the members of ComuniDAS to offer a service and save their credits if they do not need to receive a service in return immediately, it would also be more useful to attract private companies that operate with precise parameters. With this idea in mind, we are developing a social currency that will mark a new stage for ComuniDAS. At this moment are matchmakers between users, but the exchanges occur outside the platform; with the social currency everything will happen within the community.

Regarding the second challenge, how could smaller CSOs with urgent resource needs benefit from platforms such as ComuniDAS?

A platform like this does not solve urgent needs such as paying operating expenses, but it can make it easier for these CSOs to explore alliances that help them continue to fulfil their mission. We are trying to attract support from the private sector that is suitable for grassroots and CSOs working on more abstract issues such as human rights, and we are promoting the value of social return. We are also thinking about how to make the bridge between large, tech-oriented and hybrid CSOs exploring social entrepreneurship – which are the ones capitalizing more on funding from large donors – and those small and grassroots CSOs that have the advantage of reaching populations and sectors that the “coolest” CSOs do not reach. We don't have everything solved, but we’re looking for options. Making innovation inclusive is a challenge for the entire sector.

ComuniDAS won an innovation award and will soon be replicated in the MENA region. What strengths have facilitated this success?

First, the fact of being a regional and innovative effort created and led by civil society to seek alternative resources to international cooperation. We are moving from the idea that donors have to finance us, to promoting a model in which CSOs capitalize their own resources, know how to sell their proposal and demonstrate value outside the sector, which requires not demonizing profitability, promoting transparency and accountability and having a strategic plan. This has allowed us to establish successful partnerships with the private sector, municipalities and other actors. Another strength is that ComuniDAS’ technology adapts to the needs of the sector because it was developed by CSOs; and since it’s open source, it can be replicated as it is being done by the MENA Hub, which will launch the platform in about four months. Our dream is that in the future there will be global exchanges, for example, between CSOs in Honduras, Egypt and other countries. This would multiply resources and solidarity for civil society in the world.

Get in touch or join ComuniDAS through their website.