The rights to freedom of peaceful assembly and of association are fundamental pillars of democratic governance and open societies while being part of international human rights law. Through the enjoyment of these rights significant progress can be made in achieving the UN Sustainable Development Goals, as they enable the participation of individuals and civil society organisations.

I recently began my post as UN Special Rapporteur on the rights of freedom of peaceful assembly and of association. A primary role of mine is to report on the trends and threats undermining civic freedoms in all UN member states. Equally important to my mandate, is to give voice to the voiceless and to work closely with grassroots organisations and local communities. I come from civil society and understand the challenges of speaking ‘truth to power’.

In my first report to the UN Human Rights Council, I have stressed to government and UN officials that we must take practical measures to ensure that 7+ billion citizens in UN Member States can exercise their rights to freedom of peaceful assembly and of association. In this report and presentation, I also identified eight major challenges that are undermining these rights:

First, the use of legislation to suppress the legitimate exercise of freedom of peaceful assembly and of association. Under my mandate it has been underlined that States do not comply with international human rights law while countering terrorism and ensuring public security. Repressive legislation is being used to crack down on dissent, by creating a complex legal environment with burdensome requirements for the functioning of civic organizations and groups. In the name of transparency, associations are being required to comply with complicated, restrictive and invasive regulations in order to operate. Often these laws contain clauses which threaten associations with deregistration, losing their legal existence or even criminal prosecutions for non-compliance. Any restrictions to the exercise of the rights of peaceful assembly and of association must both pursue a legitimate interest, while upholding the key pillars of a democratic society. 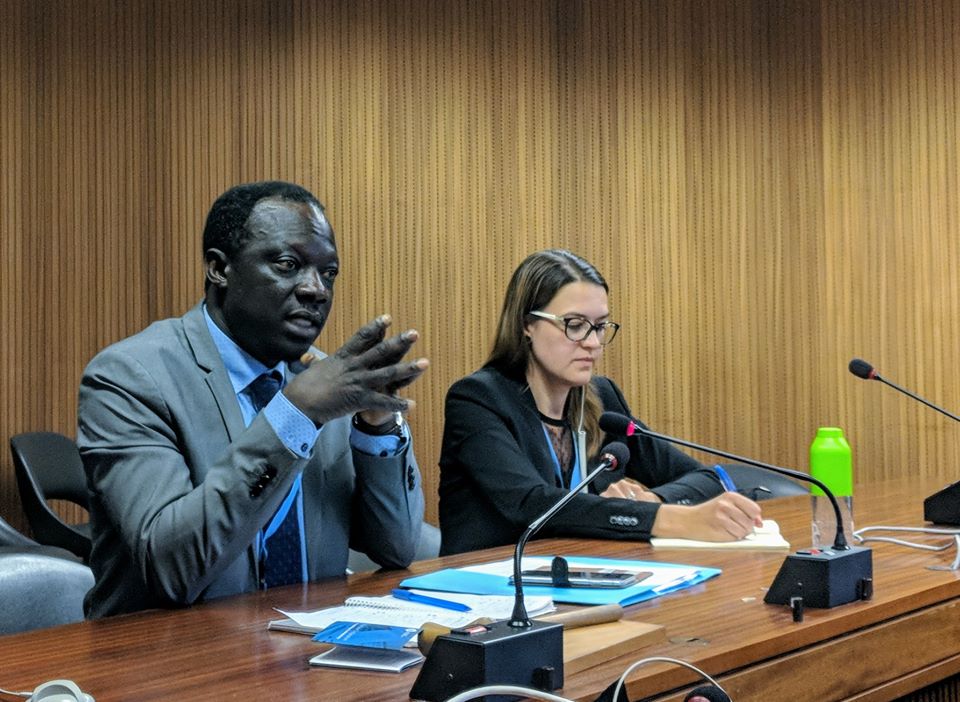 Second, criminalisation, indiscriminate and excessive use of force to counter or repress peaceful protest remain a major impediment to the right to peaceful assembly which is a fundamental pillar of democratic governance and open societies. It is through these rights that individuals and groups are able to express their opinions about issues of public interest. No one should be criminalised for exercising the rights to freedom of peaceful assembly and of association, nor should they be subject to threats or use of violence, harassment, persecution, intimidation or reprisals for exercising these rights.

Third, repression of social movements is becoming commonplace across the globe. Individuals are taking to the streets to protest against corruption, the high cost of living, inequality, marginalisation and the lack of access to resources, opportunities and democratic space to voice their views. Many of these protests involve youth and begin as spontaneous reactions to decisions that are seen as compounding long-standing and unresolved grievances of the population. In several instances, I have issued communications regarding the repression of such movements, which have been perceived by certain governments as threatening public order and stability.

Fourth, stigmatisation of and attacks against civil society actors are rife. I have received numerous reports concerning violations of the rights of human rights defenders, activists, community leaders and other actors from civil society who are forced to carry out their legitimate activities in an increasingly hostile environment, including restrictive acts of legislation regarding registration and the receipt and use of foreign funding by NGOs and associations. There is also the growing trend of threats, harassment, intimidation and even acts of violence committed by both state and non-state actors.

Fifth, restrictions targeting disadvantaged and vulnerable groups are threatening the stability of societies. Some of the groups most at risk are persons with disabilities, youth, including children, women, lesbian, gay, bisexual, transgender and intersex (LGBTI) people, members of minority groups, indigenous peoples, internally displaced persons, and non-nationals, including refugees, asylum seekers and migrant workers.

Sixth, limitations of rights during electoral periods are particularly worrying and are undermining democratic processes. I have devoted significant attention to this issue, as there have been countless threats to the freedoms of assembly and expression in the context of elections. Elections do not take place in a vacuum and cannot be judged solely by what happens during the vote.

Lastly, limitations encountered in the digital space. The exercise of the rights to associate and peacefully assembly occurs increasingly over the internet, I have warned against regulations and practices that seek to curb the enjoyment of these rights online. This is a fairly new topic that I’m planning to develop on the next report that I will present to the Human Rights Council in June 2019.

It is my hope to work with other relevant special rapporteurs and experts together with the regional human rights mechanisms to ensure the freedoms of peaceful assembly and association are protected. We cannot achieve this alone. We need States, multi-lateral institutions and civil society to work together.

Over the next three years, my mandate will seek to tackle the challenges identified through these trends by engaging and deepening the channels of communications with State, civil society actors, National Human Rights Institutions, International Organisations, non-State actors, including private business, human rights defenders, to strengthen and share good practices and raise concerns when negative trends prevail. In doing so, I hope to provide continuity to the work carried out by my predecessors and to work harmonious with other experts from different UN and regional mechanisms.

Finally, I would like to mention that this month I will present my first report to the General Assembly which addresses the linkages between the exercise of the rights to freedom of peaceful assembly and of association and the implementation of the 2030 Agenda for Sustainable Development. This report will provide add a new angle to the discussions ahead of the 2019 high-level political forum on the theme “Empowering people and ensuring inclusiveness: peaceful and inclusive societies, human capital development and gender equality”.

Clément Voule, is the United Nations Special Rapporteur on the rights to freedom of peaceful assembly and of association. To read his full reports go to https://www.ohchr.org/EN/Issues/AssemblyAssociation/Pages/AnnualReports.aspx. Follow him on Twitter @cvoule