Asia home to largest number of indigenous peoples: Activists building a movement in face of attacks

The 9th of August, marks International Day of the World's Indigenous Peoples. The day is commemorated in recognition of the first meeting of the United Nations Working Group on Indigenous Populations in Geneva in 1982. 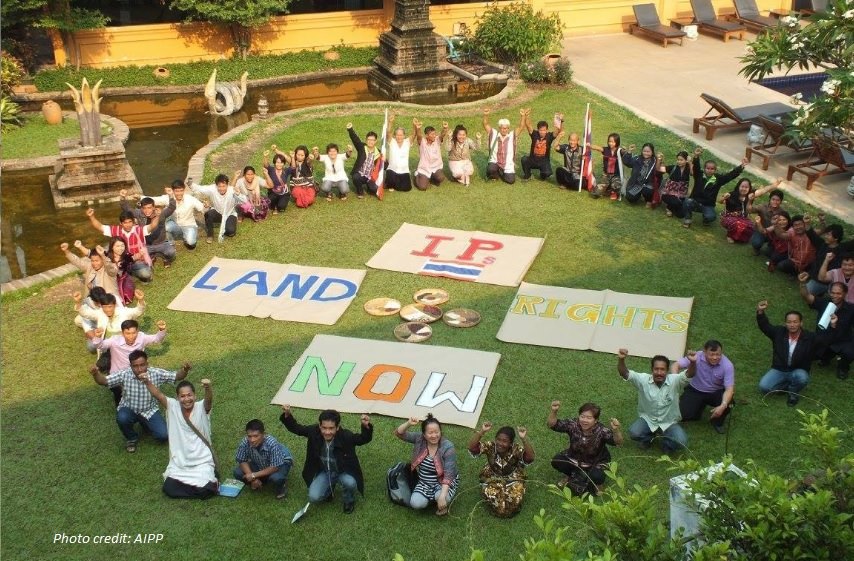 Asia is home to the largest number of indigenous peoples with an estimated 260 million from the 370 million original inhabitants worldwide. Despite this significant number, equaling half of the combined population of Europe, Asian indigenous peoples face an array of challenges such as the denial of the right to self-determination, the loss of control over their land and natural resources, discrimination and marginalisation, forced assimilation and violent repression by state security forces.

While most of the countries in Asia had voted for the adoption of the United Nations Declaration on the Rights of Indigenous Peoples (UNDRIP) in September 2007, many refuse to respect and implement these rights. This has been made more difficult with the shrinking democratic space in many Asian countries and the rise of autocratic leaders.

In 2018, the CIVICUS Monitor continued to document human rights violations and state repression against indigenous peoples in the region. In the Philippines, there has been an increase of vilification against indigenous activists under the Duterte government. In March 2018, the Philippines labelled a number of local indigenous rights activists as “terrorists” for alleged links to the Communist Party. This included Victoria Tauli-Corpuz, the UN Special Rapporteur on the rights of indigenous peoples, a Filipino national.

Indigenous people also continue to face attacks when opposing development projects involving their lands and without their prior or informed consent.  In March 2018, Nepali security forces violently dispersed hundreds of protesters of the indigenous Newar community; who were opposing an expressway being built between Kathmandu and the southern Terai region that would destroy their homes and livelihood. At least 16 leaders were arrested and many others were injured

Indigenous rights defenders have also been attacked and killed. Chakma Rani Yan Yan, a woman indigenous rights defender from Bangladesh was physically assaulted in February 2018 by security personnel while she was protecting two indigenous girls who were allegedly raped and sexually assaulted at gunpoint by the members of the security forces at their home in Bilaichari in Rangamati district, Chittagong Hill Tracts. Indigenous activist Saw O Moo from Karen state in Myanmar was ambushed and killed by government troops on 5 April 2018 after he gave a ride to a soldier from the Karen National Liberation Army (KNLA), a rebel group that is fighting for autonomy. Saw O Moo had campaigned for a peace park to protect a local forest and its residents’ land rights.

Despite these challenges, indigenous groups have continued to assert their rights, organize and mobilise across the Asian region. One organization that has played a key role is the Asia Indigenous Peoples Pact (AIPP) Foundation, based in Chiang Mai, Thailand.  It was founded in 1988 by the indigenous peoples' movements and the secretariat was established in 1992. AIPP has facilitated the growth of an alliance of no fewer than fifty indigenous organizations based in 14 countries in Asia, with twenty of those organizations based in Southeast Asia.

In the Southeast Asia region, AIPP has effectively engaged with civil society groups through the ASEAN Civil Society Conference that has been held annually since 2005. Through their advocacy, indigenous issues have emerged as a specific area of focus addressed during each of the subsequent conferences/forums. AIPP has also obtained consultative status at the ASEAN Inter-Governmental Commission on Human Rights (AICHR) and are working to gain recognition of indigenous peoples and their aspirations and grievances in AICHR’s ongoing work.

The organization has also successfully built coalitions with other groups as part of their advocacy. Through the Land Rights Now! campaign, AIPP, along with nearly 600 organisations and land rights champions across the world are amplifying their collective power to demand secure land rights for indigenous peoples and local communities. This campaign includes a particular call for recognition and protection of indigenous peoples including indigenous women, youth and persons with disabilities who put their lives at risk to defend their rights.

At the global level, AIPP has increased the participation of indigenous peoples in at relevant meetings of all UN bodies, including the UN Permanent Forum on Indigenous Issues (UNPFII), the Expert Mechanism on the Rights of Indigenous Peoples (EMRIP), the Forum on Business and Human Rights and Human Rights Council.

At the recent High Level Political Forum on Sustainable Development in New York, AIPP organized an event calling for indigenous peoples, to be seen as key partners in implementing the SDGs and to highlight the importance of approaching indigenous peoples’ issues in ensuring that the pledge in 2030 Agenda to “Leave No One Behind” is fully realized.

All these efforts have ensured the challenges facing indigenous people continue to remain on the agenda at the national as well as the global level.

Despite this, it will still be a difficult road ahead for indigenous groups, as they struggle to gain legal protection in most countries in the Asian region. However, strong and collective action across the region, the building of partnerships and coalitions as well as sustained engagement with states as undertaken by AIPP, will hopefully see the realization of their rights.