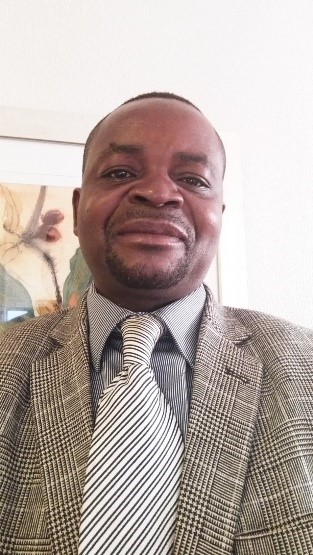 CIVICUS speaks to Zambian civil society activist Lewis Mwape of The Zambian Social Development network. Recently, the government tax body attempted to close the outspoken Post newspaper and banned protests and rallies in Lusaka for 10 days until 18 July 2016. This led to a huge outcry from civil society that the state is clamping down on freedom of expression ahead of the Zambian general election in August. In this interview Mwape speaks about the state of freedom of expression in the country and the general operating environment for civil society ahead of the poll.

1. Can you detail what happened this month concerning the closure of Zambia’s biggest daily newspaper The Post?

In June agents from the Zambia Revenue Authority pounced on the offices of the post and closed the paper saying it owes taxes. It is also important to note that the newspaper argues that most of its debt had been settled before the raid. While I must highlight that it maybe true that the Post owes money, the timing and style of the pouncing raises concerns. Ahead of the elections, this newspaper was a critical voice providing information to citizens to balance out information they receive from the state media.

Failure to pay tax by any institution is unlawful. However, I get worried when government institutions are used to victimise those perceived to be opponents of the party in power. In many circumstances those that have accumulated huge tax arrears have been once friends of the same governments and sometimes same political parties that saw no problem in not paying tax but they are now persecuted because their opinion has changed. Victimisation is not the answer.

It is also worrying that there have been reports that the police teargassed employees of the newspaper in days that followed the closure who attempted to report for work.

The public institutions like the Zambia Revenue Authority is owed money by many private institutions including the Post. That is the official explanation, but in all fairness the timing is not OK because the Post has been unsparingly critical of government and we have had public officials saying they will find a way to shut down this newspaper. This is one of these ways in my opinion of silencing this newspaper by using public institutions to clamp down on the media. It was sad to see the subsequent arrest of the newspapers owner, his wife and editor of the paper.

I will also add that private institutions like the Post are providing employment and it’s the duty of the state to help private companies to thrive when they are not meeting statutory instruments by providing assistance and advice on complying with the law and allowing payment methods that do not bankrupt or close private institutions. Public institutions are being used by political principals to clampdown on the media.

It is well-known that the Public Pension Fund has huge sums of money which it made out of many of our retired civil servants who live in destitution in their old age and die without receiving their dues. Government itself owes the Public Pension Fund lots of money. My point is, it is not only private institutions with liquidity problems but government too. There are better ways of resolving these problems.

2. What is the situation concerning freedom of expression in the country?

The situation on freedom of expression is “medium” freedom. In places like Lusaka and other cities, there is little tolerance. As an ordinary citizen you cannot wear opposition party regalia and move around expressing your view freely.

The political environment is not enabling at the moment and is causing problems for free expression. There is much confrontation between opposing voices. What is also worrying is how the police are taking political sides and they do not arrest those of the ruling party. So they are party to violating free expression.

Recently violent skirmishes broke out between the ruling Patriotic Front party and the opposition the United Party for National Development. One person was shot and killed and many wounded when police opened fire on an opposition party gathering leading the authorities to ban political rallies, protests, door-to-door campaigns, meetings, processions in the capital Lusaka for 10 days after which the situation would be reviewed. This has implications for freedom of expression and assembly for the whole society and civil society in particular because we are unable to carry out civic education or any other work with the public due to the ban and fear of getting caught in the political mayhem.

3. Can you describe the general environment for civil society two months ahead of the general election in August 2016?

For civil society, the environment is also not very conducive. In terms of our activities we are restricted from mobilising ordinary people who are also facing constraints imposed by the political environment. In essence, we are trying to engage and to organise but it is hard. What we find easier is issuing statements.

In the rural areas, there is no media presence so we cannot carry out voter education as there is no freedom to assemble. Right now you cannot get a permit from the police to organise and meet the people for civic education. The police just say this is a political campaigning period and they claim not to have the manpower to oversee our gatherings and protests as their officers will have gone to man the political rallies so they just deny us the right to assemble.

The ban I have also alluded to means that the room for civic space has become smaller at the moment.

4. What can international civil society do to assist local organisations in this environment?

For Zambian media, there is need for international pressure to be put on the Zambian government to ensure that the media is left alone to be free especially the private media because what we are seeing that the public media is allowed to cover anything with no hindrance but this is not the case for private media.

We also need solidarity from international partners for local civil society so that the local government can be reminded of their obligations.