CIVICUS and TAPOL regret the revision and renewal of the Special Autonomy Law in West Papua (Papua and West Papua Provinces), which further strips critical aspects of decentralisation and autonomy for the region. We are also extremely concerned about the arbitrary arrest of people protesting the renewal and forcible disruptions of protests.  Despite such protests and the lack of consultation with the people of West Papua, the law was passed by the Indonesia House of Representatives on 15 July.

Demonstrations held in the last week marked the latest in a series of protests by West Papuans opposing the Indonesian government's decision to extend Special Autonomy status and demanding an internationally supervised independence referendum. Police arrested 23 students and activists in Jayapura on 14 July 2021, and four protesters were injured. On 15 July, 18 demonstrators were arrested in Kaimana, West Papua, and a protest in Manokwari was blocked. Another 50 protesters were arrested and beaten in front of the House of Representatives in Jakarta on 15 July just prior to the passage of the law.

We call on the Indonesia authorities to halt their repression of peaceful protest against the extension of the Special Autonomy Law. The right to peaceful protest is an essential part of a democracy, which Indonesia needs to immediately realise in West Papua.

The Special Autonomy Law in West Papua was first enacted in 2001 and has now been extended for another 20 years, with some concerning new amendments. The originally-enacted law had itself long been rejected by many West Papuans as failing to realise meaningful autonomy.

Eighteen articles of the revised law were amended and two articles were added, with serious implications for issues of decentralisation and autonomy. According to Article 76, the central government can now decide on the creation of new regencies and districts. This has been opposed by many West Papuans because it could lead to further marginalisation and militarisation in the region. Two sections of Article 28 were omitted, which removed the right to form local political parties. A new rule is now in place that the vice president will have an office in the provinces to oversee the implementation of the Special Autonomy Law. 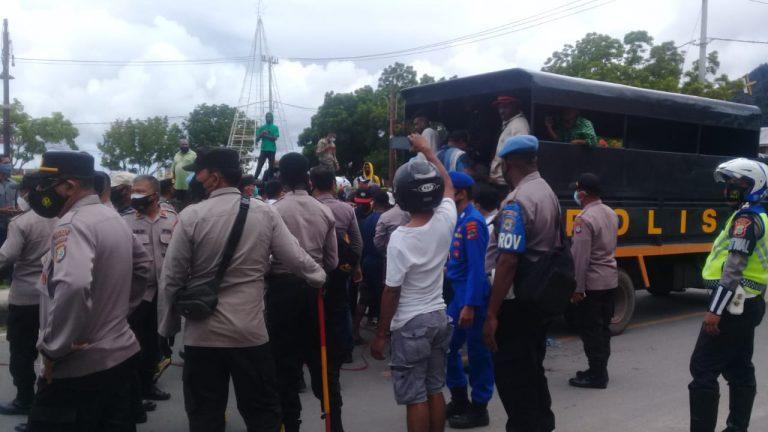 The Papuan People’s Assembly (Majelis Rakyat Papua/MRP) was excluded from the amendment discussions despite its inclusion in consultations being explicitly required by the law. The MRP had stated that the renewal is not the wish of West Papuan people. The Papuan People’ Petition (Petisi Rakyat Papua/PRP), which consist of 112 mostly Indigenous groups, collected 714,066 grassroot West Papuans’ signatures against Special Autonomy.

The unilateral decision by the Government of Indonesia to revise and extend the Special Autonomy Law is a flagrant violation to the right to self-determination of West Papuan people.

We urge the President of Indonesia Joko Widodo to issue a regulation in lieu of law (Peraturan Pemerintah Pengganti Undang-undang/Perppu) to annul the Special Autonomy Law. Instead of forcing this extension, the authorities should instead hold meaningful consultation with the West Papuan people to address their grievances, deal with the injustices they have faced and to seek an end to the conflict. This includes releasing all political prisoners detained for their activism including Victor Yeimo, ending the harassment of human rights defenders, activists, students and others in Papua and ensuring that all serious crimes committed by Indonesian security forces are investigated, findings made public and that victims and their families receive reparations.

CIVICUS: World Alliance for Citizen Participation is a global alliance of civil society organisations (CSOs) and activists dedicated to strengthening citizen action and civil society around the world. Founded in 1993, CIVICUS has more than 10,000 members in more than 175 countries throughout the world.

TAPOL campaigns for human rights, peace and democracy in Indonesia. We are based in the UK and work to raise awareness of human rights issues in Indonesia, including in the contested territory of West Papua. Founded on grassroots campaigning, TAPOL works closely with local organisations in West Papua and Indonesia to advocate for truth and justice and encourage the international community to take action.