Philippines: Government should be held accountable for the killings of activists 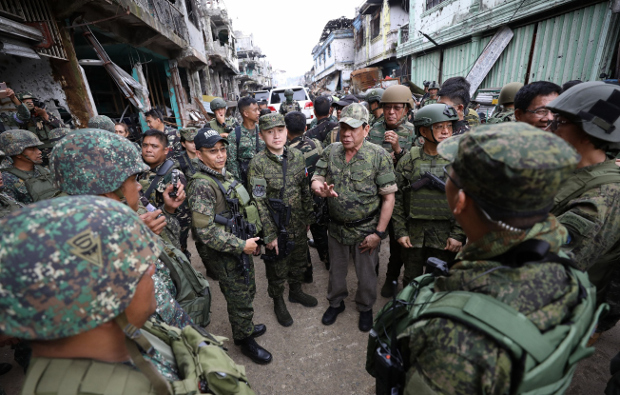 The Philippine Government must face international accountability for its widespread killing of activists and human rights defenders, and the grave human rights violations it has committed, seven human rights groups said in a statement today.

On 7 March 2021, members of the Philippine National Police (PNP) and the military killed nine community-based activists and arrested six in coordinated raids across four provinces, in a massacre that highlighted the continuous attacks against the government’s critics.[1] Two days prior to this incident, Duterte had issued a shoot-to-kill order targeting communist rebels, saying, ‘If the enemy is holding a gun, kill them. Kill them right away.’ He further noted ‘Ignore human rights. That is my order.’[2]

‘Duterte’s inciting rhetoric and terrorist-tagging of human rights defenders, activists and critics have resulted in the harassment and violence against them, as well as their death. This demonstrates the increasingly dangerous space, not just for human rights defenders, but for all of civil society and the Philippine people at large,’ said Shamini Darshni Kaliemuthu, Executive Director of FORUM-ASIA.

Under Duterte’s government, civil society and human rights defenders have found themselves in danger particularly for opposing the government’s ‘war on drugs’ and his repressive policies. Duterte has consistently incited violence against his critics, while blaming human rights defenders for the increase in the number of drug users.[3] He has threatened to behead human rights activists,[4] and justified the assassination of ‘corrupt journalists’[5], as he continues to promise protections to police who follow these orders. There have also been allegations where evidence was planted by the police and military forces to justify the violence.[6]

‘Despite the UN High Commissioner for Human Rights’ report that details widespread and systematic human rights violations by the government, including the killing of human rights defenders, and a subsequent resolution providing technical assistance on human rights to the government, the violence and harassment against rights defenders have only intensified. These killings highlight the need for an immediate international investigative mechanism to ensure accountability for all perpetrators,’ the Observatory for the Protection of Human Rights Defenders said.

This crackdown on civic space is being institutionalised through state policy. In July 2020, the government implemented an Anti-Terror Law which allows an Anti-Terrorism Council composed of state officials to designate individuals as terrorists, without a court order. A local resolution targeting left-leaning personalities with ‘war-on-drugs-style’ operations was released in the Cordillera region in February 2021.[7] Government officials, and the security sector continue to tag activists and civil society members as terrorists, communists and subversives in their public speeches, endangering their safety and security.

Since 2016 when Duterte took power, FORUM-ASIA has documented at least 59 killings, including extrajudicial killings of human rights defenders in the country.[8]

‘These attacks go beyond individual killings; they reinforce an environment where people are afraid to question and dissent, further perpetuating this cycle of impunity. This proves that the UN Human Rights Council’s recent resolution has been ineffective at stemming these violations, and the international community must immediately initiate clear and sustained action to hold the perpetrators to account,’ said CIVICUS Asia Pacific researcher, Josef Benedict.

‘Domestic human rights mechanisms remain compromised, while human rights defenders face threats every day. An international investigative mechanism for the extrajudicial killings related to the “war on drugs”, and the killings of rights defenders, is even more imperative today, than it has ever been,’ said the groups.

The Asian Forum for Human Rights and Development (FORUM-ASIA) is a Bangkok-based regional network of 81 member organisations across 21 Asian countries, with consultative status with the United Nations Economic and Social Council, and consultative relationship with the ASEAN Intergovernmental Commission on Human Rights. Founded in 1991, FORUM-ASIA works to strengthen movements for human rights and sustainable development through research, advocacy, capacity-development and solidarity actions in Asia and beyond. It has sub-regional offices in Geneva, Jakarta, and Kathmandu. www.forum-asia.org

The Asia Democracy Network (ADN) works to promote and advance democratisation and democratic governance at all levels of society through effective solidarity and cooperation among civil society organisations and democracy advocates in Asia. ADN is committed to building a just, equitable and sustainable community of democratic societies in Asia, where all human rights of all individuals, groups and peoples are fully respected and realised. www.adnasia.org

The ASEAN Parliamentarians for Human Rights (APHR) is a regional network of current and former parliamentarians who use their unique positions to advance human rights and democracy in Southeast Asia. APHR seeks to help create a region where people can express themselves without fear, live free from all forms of discrimination and violence, and where development takes place with human rights at the forefront. www.aseanmp.org

The World Alliance for Citizen Participation (CIVICUS) is a global alliance of civil society organisations and activists dedicated to strengthening citizen action and civil society throughout the world. www.civicus.org

Front Line Defenders was founded in Dublin in 2001 with the specific aim of protecting human rights defenders at risk (HRDs), people who work, non-violently, for any or all of the rights enshrined in the Universal Declaration of Human Rights (UDHR). Front Line Defenders addresses the protection needs identified by HRDs themselves. Front Line Defenders maintains its headquarters in Dublin, an EU Office in Brussels, and regionally-based field staff in the Americas, Asia, Africa, Europe & Central Asia, and the Middle East. www.frontlinedefenders.org

The World Organisation Against Torture (OMCT), within the framework of the Observatory for the Protection of Human Rights Defenders, works with 200 member organisations to end torture and ill-treatment, assist victims, and protect human rights defenders at risk wherever they are. Together, we make up the largest global group actively standing up to torture in over 90 countries. We work to protect the most vulnerable members of our societies, including women, children, indigenous peoples, migrants and other marginalized communities.  www.omct.org

[8]                     The data may not represent all cases of killings that occurred, but those recorded in the Asian Human Rights Defenders Portal of FORUM-ASIA.

The CIVICUS Monitor, an online platform that tracks threats to civil society in countries across the globe, rates civic space – the space for civil society – in Philippines as Repressed.