Six countries in Asia, Latin America and Africa have been added to a watchlist of countries which have seen an escalation in serious threats to fundamental freedoms in recent weeks and months.

The new watchlist released by the CIVICUS Monitor, an online platform that tracks threats to civil society across the globe, identifies growing concerns in Bangladesh,  Maldives, Cameroon, Democratic Republic of the Congo (DRC), Guatemala, and Nicaragua. Activists and civil society organisations in these countries are currently experiencing a severe infringement of civic freedoms, as protected by international law.

Violations include brutal attacks by police on peaceful protests in Nicaragua and Bangladesh; the murder of human rights defenders in Guatemala; the killing of protesters and a brutal state campaign against activists and the political opposition in the DRC; and the prosecution of human rights defenders and journalists on fabricated charges in Cameroon, amidst an escalating civil conflict.

“It is crucial that these six governments wake up to their failure to respect international law and take swift action to respect their citizens’ most basic freedoms in a democratic society,” Gilbert said.

“We also call upon neighbouring states and international bodies to do put pressure on these countries to end the repression.”

Over the past year, authorities in Bangladesh have used repressive laws to target and harass journalists and human rights defenders, restrict freedom of assembly and carry out the enforced disappearances of opposition supporters. The human rights situation has deteriorated further ahead of national elections scheduled for late 2018. Members of the Bangladesh Chhatra League (BCL), the student wing of the ruling party Bangladesh Awami League (BAL), have attacked student activists, academics and journalists with impunity.

In Nicaragua, at least 300 people have been killed since protests began in April 2018, with hundreds more kidnapped or missing. The demonstrations were initially sparked by regressive changes to the social security system but grew to include calls for President Daniel Ortega to resign in the wake of his brutal repression of peaceful protests. While large-scale marches have subsided in recent days, some continue amid a tense political situation as the Ortega government continues to silence critics despite agreements struck with international bodies, and an undertaking to allow an IACHR investigation into the violence. Attacks on protestors are perpetrated both by state forces and armed groups aligned with the government.

This year, between January and July alone, at least 18 human rights defenders (HRDs) were killed in Guatemala. There were also two assassination attempts and 135 other attacks, with 32 of those aimed at women HRDs. In early August, United Nations Special Rapporteurs issued a statement raising the alarm at the spike in killings in 2018. Reports from Guatemala indicate that the space for civil society has worsened due to land disputes and actions by corporate interests, the source of targeted violence against specific groups of activists.

Despite the announcement that Congolese president Joseph Kabila will not run for a third term, tensions are still high in the DRC, ahead of scheduled elections in December.  In recent months, protestors, youth movements, human rights defenders, journalists and the political opposition have all faced widespread state repression, including arrests. In June this year, CSOs and UN Special Rapporteurs expressed serious concerns about a planned new law that would give authorities power to dissolve non-governmental organisations (NGOs) over public order or national security concerns.

In Maldives, a widespread crackdown on dissent began in February 2018 when a court ordered the release of opposition leaders. This decision led to the arbitrary arrest of judges, scores of opposition politicians and activists as well as the use of unnecessary force by police to disperse peaceful demonstrations. There are also documented cases of people being ill-treated in detention. With elections due on 23rd September 2018, civic space is likely to become increasingly contested. Already in May 2018, the Electoral Commission moved to bar four opposition leaders from running in the upcoming presidential elections.

In Cameroon, an escalating conflict in the country’s Anglophone regions between armed separatists and the government has sparked a mounting humanitarian crisis. It began as protests in 2016, resulting in state repression of protests and the arrest and prosecution of protest leaders. The conflict intensified in recent months with killings and human rights violations committed by both sides. At least 100 civilians, 43 security officers and an unknown number of armed separatists have reportedly been killed, according to an International Crisis Group report. NGOs and human rights defenders have also been targeted.

In the coming weeks, the CIVICUS Monitor will closely track developments in each of these countries as part of efforts to ensure greater pressure is brought to bear on governments. CIVICUS calls upon these governments to do everything in their power to immediately end the ongoing crackdowns and ensure that perpetrators are held to account.

CIVCUS welcomes the adoption by the Human Rights Council of a new resolution on human rights on... 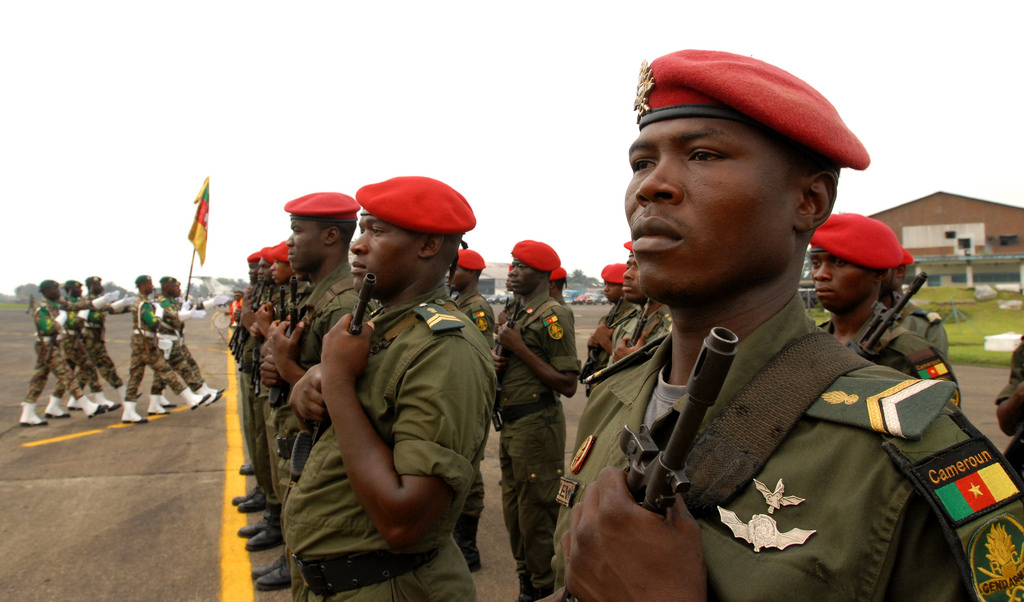 Joint letter To Permanent Representatives of Member and Observer States of the United Nations (UN)...