Every active citizen would by now have heard of "Transforming our World: the 2030 Agenda for Sustainable Development" or, simply, the SDGs. Every active African citizen would also have heard of Agenda 2063. The SDGs are a group of 17 global goals addressing social and economic development issues set by the United Nations. The goals apply to the world in its entirety and they do not distinguish between nations, whether ‘developed’ or ‘developing’. Agenda 2063, which is specific to African nations, is a strategic framework for development of the African continent with the vision of “an integrated, prosperous and peaceful Africa, driven by its own citizens and representing a dynamic force in international arena”. Both are praiseworthy documents full of hope, but we are all aware that the biggest hindrance to the success of a development agenda lies in implementation. How are the SDGs and their respective targets going to be implemented by 2030? Is Agenda 2063 being executed across the entire African continent? The most important question for me, one that is rooted in citizen participation, leadership and accountability is, what is the role of African Youth in the implementation of both the SDGs and Agenda 2063? 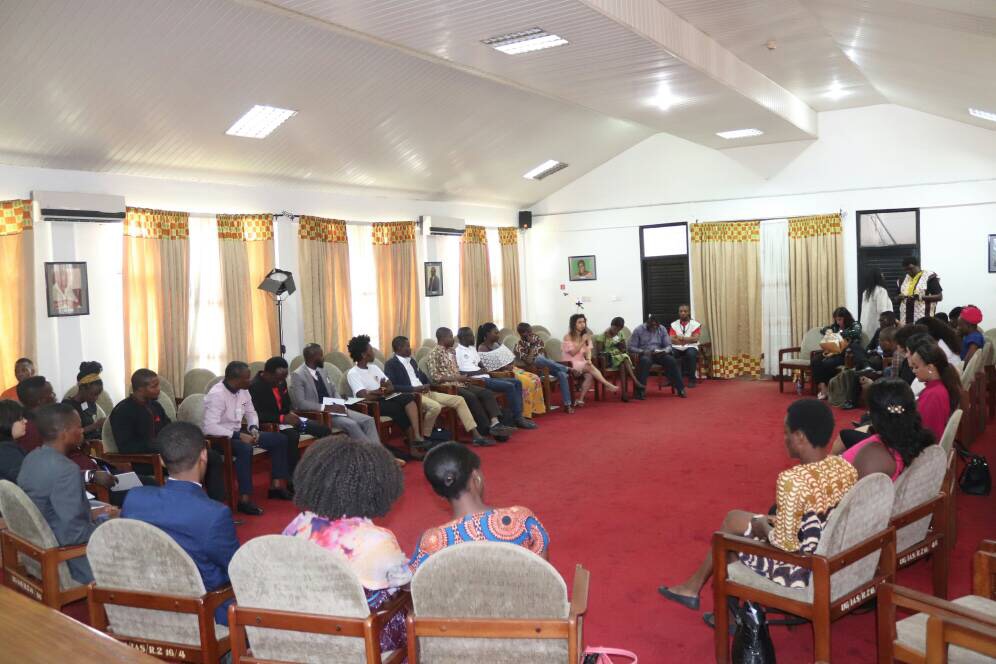 I recently spent close to a week deliberating on this last question in the company of brilliant young minds from various countries within and outside Africa. This platform was provided during the second Afrika Youth Movement (AYM) Empowerment Forum that convened in Accra, Ghana, from 18-22 April 2018 to which, as a member of the movement, I was invited. AYM is a pan-African, action-oriented, youth-led movement that strives for the participation, development and leadership of African youth to transform Africa and achieve their rights to peace, equality and social justice. AYM further adds to its uniqueness of being the largest youth led movement with its promotion of the values that bind the African continent; ubuntu, self-determination, integrity and accountability in each of its endeavours. Did the forum provide an answer to the question I raised above? There is rarely ever one solution to a puzzle and the problem of development in Africa is surely a puzzle. My sole conclusion, however, is that our role as African youth lies in or begins with grassroots implementation. This position is in line with AYM as a focal point of empowerment of young people already working or those keen on working in their communities.

I will venture to explain, in part, AYM’s structure and the outcomes of Accra’s deliberations in the hope that you will agree with me on this. AYM works by way of ad hoc committees that are themed around issues that members agree upon. Currently the committees run for a period of 6 months during which the members agree on an area of focus and a strategy for execution through a peer reviewed action plan. In Accra, we rejuvenated the committees, namely: Education, Health, Gender Equality, and Peace & Security. We broke out into the committees during the working sessions and formulated working plans which we presented during a plenary session for feedback to the rest of the team. I am in the Education Committee. My committee has members from Nigeria, Ghana, Greece, Ethiopia and Kenya. Our countries have country-specific challenges in the education sector- we realized this when we listed the issues we would like to tackle. The reverse is, however, equally true, that our countries have challenges that are commonplace in others. The Education Committee created an action plan around the issue of unsuitable curriculums which came out as a common shared problem. As we worked, the values of Pan-Africanism and the objectives of the SDGs and Agenda 2063 were at the back of our minds. On review of Agenda 2063 our action plan aligned with Aspiration 5: An Africa with a strong cultural identity, common heritage, values and ethics, among others. This process was similar for the other committees. 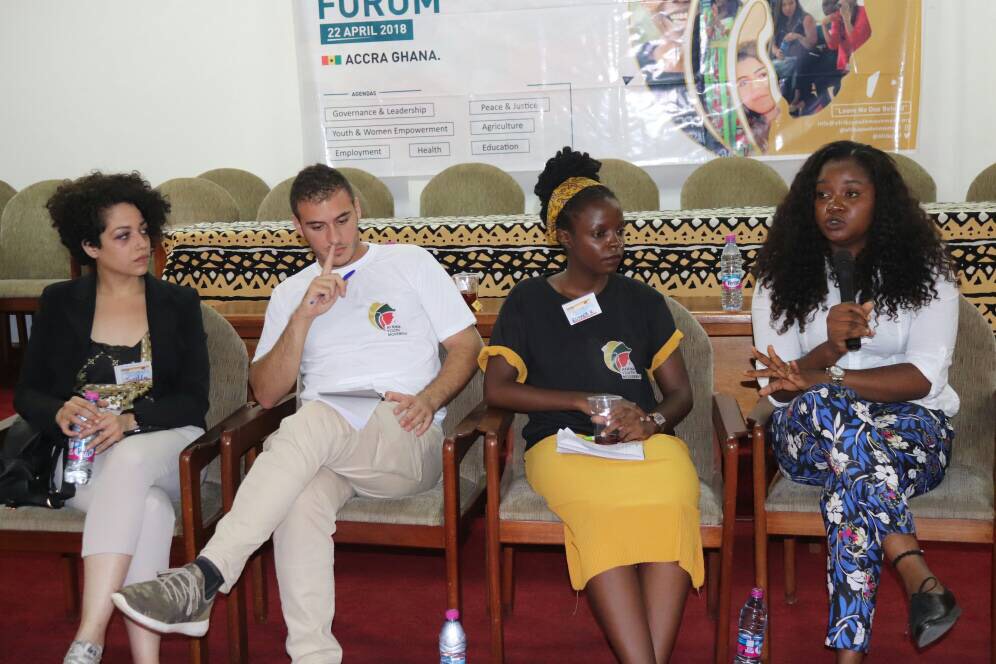 Far from being a funding organization, AYM is a youth-led movement that seeks to empower young African leaders. We are all leaders in our own capacity. That message could not have been reinforced more powerfully- from everyone sitting in a circle during sessions to the transparency and consensus procedure in decision making. This made the greatest impression on me. It has been two years since I joined AYM and during this year’s forum I had the opportunity to share my experience as a member of the movement. My desire to work in the development field was fuelled by interaction with AYMers- as an African young person I couldn’t be better placed to have a role in implementation of Africa’s development agenda. Being an AYMer not only assures me that I am not alone in the struggle but also provides a platform for solutions and tools of how to make an impact. I left Accra with a resolve to lead in coordination of an AYM hub in Nairobi whose agenda will be PanAfricanism, Youth Economic Empowerment and Girls’ Education. We are all leaders. In the AYM country hubs, young Africans are able to brainstorm on solutions to challenges in their communities. True, there is only so much a small group of people can do, but if we have hundreds of such hubs with a membership of a million strong, surely Africa will feel the impact of our action. Join AYM today and be part of community of Pan-African youth taking charge of the transformation of Africa.

Esther Kariuki is a CIVICUS youth member who was supported by the Youth Working Group to attend the Afrika Youth Movement Annual Retreat and Youth Empowerment Forum 2018 in Ghana. Since its creation, the Afrika Youth Movement has been an active voting member of CIVICUS volunteering at the Mentorship Programme in 2017, Board of Directors since 2016, Youth Advisory Group and Youth Assemblies since 2013. The Afrika Youth Movement Forum has shown to be an enabling and safe space for young people in Africa aligned to CIVICUS Strategic Priorities to strengthen youth voices and action for the respect of their rights to peace, equality and social justice.