IRAN: A new generation of civic-minded, courageous activists is rising 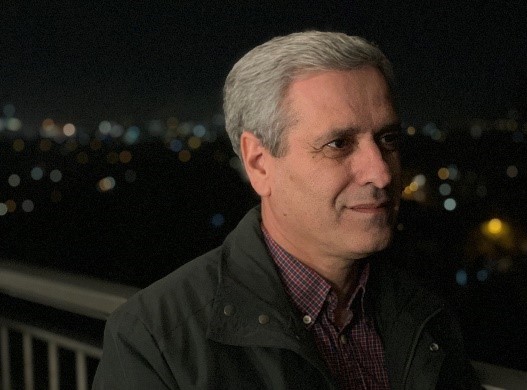 Following a year that was characterised by a continued crackdown on fundamental freedoms in Iran, CIVICUS speaks to Sohrab Razzaghi, Executive Director of the Volunteer Activists Institute (VA) a not-for-profit, non-partisan, independent civil society organisation (CSO) based in The Netherlands, whose primary aims are building capacity among activists and CSOs, facilitating information exchange among civil society activists, community peace-building and advocating for the expansion of democracy and human rights in Iran and more generally in the Middle East. VA is the successor of a pioneer Iranian CSO, the Iranian Civil Society, Training and Research Centre, founded in 2001 and based in Tehran until 2007. After fleeing Iran, Sohrab now lives in exile.

Volunteer Activists recently published a comprehensive new study on civil society in Iran. What were its main findings?

Our latest report, ‘Civil society in Iran and its future prospects’, which came out in September 2018, analyses the major developments that have taken place since the last previous comprehensive study of Iranian civil society was published in 2010.

Not only does civil society in Iran currently face problems and challenges different from those of the past, but a whole new generation of Iranian activists has also become engaged, and they have fundamental differences with previous generations. As a result of a lack of understanding of such new phenomena, experts, policy-makers, donors and other stakeholders have not been able to understand and assess the situation accurately. The Volunteers Activist Institute (VA) took it upon itself fill this gap by undertaking a study that seeks to describe and explain major trends, challenges, opportunities and prospects of Iranian civil society, including the current situation of Iranian CSOs, their position within Iranian society and the challenges and restrictions they face.

Among our main findings is the acknowledgment that Iranian civil society has various facets and faces, and is far from coherent and homogeneous. It comprises both traditionally structured and modern associations, including charities and CSOs focusing on health and hygiene. This branch of civil society has a long history and an extensive social base. CSOs working in these areas usually adapt to government policies and programmes. The government also favours them and encourages their expansion and development. In addition, the Iranian government uses some CSOs that focus on service delivery to advance its policies while it marginalises independent and advocacy CSOs.

A significant recent development in Iranian civil society has been the emergence of a new generation of civil society activists in fields such as women’s and young people’s rights, community solidarity and the environment. Although their numbers are not large, this new generation has taken upon itself to expand civil society and challenge government policies on the matters they care about. They have launched a number of creative civic initiatives, both online and offline, such as I am Lake Urmia, which mobilised huge efforts to raise awareness of environmental degradation and push for action to prevent northwest Iran’s Lake Urmia from completely drying out. Another initiative, Wall of Kindness, created wall spaces across neighbourhoods where citizens could hang unneeded clothes to be taken by those in need. The Campaign to Change the Masculine Face of Parliament called attention to the scarcity of women legislators and urged for more women to be elected to parliament.

And then there are the Girls of Enghelab Street, a series of more spontaneous women’s protests against the compulsory use of hijab. These protests were inspired by a woman who in late December 2017 stood on a box in Enghelab (‘revolution’) Street, tied her hijab to a stick and waved it at the crowd as a flag. She was arrested and remained in custody for about a month, but other women later re-enacted her gesture of defiance and started posting their photos on social media, so the protest movement grew from the ground up.

Civic courage and audacity are two significant characteristics of this new generation of activists who have successfully torn into the power myths of the past. Social protest, including union and labour rights protests, has steadily increased in recent years, and particularly since the inauguration of President Hassan Rouhani in 2013. Their cumulative effect is changing the landscape of Iranian civil society.

What major changes is civil society currently experiencing in Iran?

After President Rouhani’s inauguration, Iranian socio-political dynamics gradually started to change. Some marginalised social groups have experienced a limited and controlled comeback, and an atmosphere of societal hope started to take shape. Small openings have appeared through which a discourse on democracy, civil society and civic rights is beginning to make itself heard, although in areas that are deemed sensitive, such as women’s, labour and minority rights, the situation is still very tense and closed.

These very minor changes have nonetheless created an atmosphere of hope, and civil society is cautiously coming back onto the social stage. But as in the 1990s, the civil society development model is still top-down, as the driving forces behind civil society are governmental agencies that view civil society as a useful tool rather than a force for social change.

Independent civic action has increased around some issues, including the environment, youth issues and social inequalities. Organised civic action is also in the process of replacing the small, closed-group and underground activism of the period when Mahmoud Ahmadinejad was President from 2005 to 2013, and recent years have seen the rise of CSOs and networks throughout the country. Some associations and networks, notably environmental ones, that had been blocked during the previous period are now regenerating and regaining force. On the other hand, the social movements that were suppressed following the controversial 2009 election, including women’s rights, student and labour movements, are still being obstructed.

What is the current state of the freedom of expression?

While the Constitution of Iran recognises the freedom of speech, several laws list a number of restrictions. The most important laws restricting the freedom of speech are the Islamic Penal Code and the Islamic Republic of Iran’s Press Law. Articles 498, 499 and 500 of the Islamic Penal Code, among others, subordinate the freedoms of speech and association to security considerations. Article 500 of the Penal Code considers any activity that is deemed detrimental to the Islamic Republic or benefits any other group or organisation as a national security offence. Articles 498 and 499 establish that any gathering of more than two people inside the country or overseas, under any name, with the aim of disrupting Iran’s national security, or attendance at such a gathering, constitute national security offences.

The Islamic Republic of Iran’s Press Law also introduces many restrictions on the freedom of speech. In order to be able to publish newspapers, magazines or any other publication in either print or digital form, individuals and organisations first need to acquire a licence, which is issued by a supervisory board led by the Minister of Culture and Islamic Guidance. According to Article 9 of the Press Law, anyone who wishes to apply for such a licence must pledge allegiance to the Constitution of Iran. Chapter 4, article 6 of the Press Law introduces restrictions on the freedom of speech in the press, specifying areas that are disruptive to the foundation of Islam as well as to general and private rights. According to this article, the press cannot spread news of depravity, corruption, or contents contrary to public virtues. The restrictions far exceed these, however, as they include insult and defamation, falsehoods and rumours. Nevertheless, the law does not define any of these categories. The most problematic category is that of rumours, which applies to any lead that journalists normally follow to get to the core of the truth. Article 6, paragraph 6 also bans the publication of news on confidential issues, which go well beyond military documents to include unlicensed coverage of closed-door sessions of parliament or the courts and judicial investigations. Paragraph 1 of this article also clearly states that the publication and dissemination of so-called pagan news 0 that is, news that goes against Islamic criteria - or news that harms the foundation of the Islamic Republic is not allowed.

All these bans restrict civil society activists in their quest for transparency and accountability in society and politics, because they are unable to voice the concerns of their stakeholders.

What is the relationship between Iranian and regional and international civil society and human rights actors?

Iranian activists and CSOs have been banned from joining regional and international civil society networks for decades, and therefore they have been unable to form strong coalitions and participate fully in exchanges of knowledge, experience and support. There are currently only 25 Iranian CSOs with consultative status with the United Nations Economic and Social Council (ECOSOC), and most of them are quasi-governmental entities pursuing government policies rather than advancing citizens’ concerns.

Legal restrictions and the dominant security environment prevent Iranian activists and CSOs from joining regional and international civil society networks. The Iranian government and its security apparatus are extremely sensitive towards any attempts by activists to connect with global networks and punish them with charges that go as far as espionage.

As a result, representatives of independent civil society from inside Iran rarely attend regional and international conferences or voice civic opinions. The only CSOs that are allowed to attend gatherings such as the sessions of the United Nations Human Rights Council, the conferences of the International Labour Organization and the annual summit of the Commission on the Status of Women are quasi-governmental or government-sponsored non-governmental organisations (GONGOs) and those that are connected to the Iranian government’s security apparatus, which operate to promote government policies.

In contrast, civil society activists, including teachers and factory workers who have tried to connect with regional and international networks, have faced severe penalties for doing so, including long-term imprisonment. Over recent months, eight environmental activists have been arrested and charged with espionage and security offences.

It is worth noting that it is not just reaching out internationally that is penalised - the security apparatus also criminalises networking among Iranian CSOs inside the country and uses its power to either prohibit such networks from forming or weaken and neutralise existing ones.

What needs to change for civic space to improve in Iran, and what should global civil society do to help?

We need to find ways to include and engage independent Iranian civil society, as opposed to quasi-governmental civil society, with existing global networks. The initiative on this should be taken by the international civil society community. Two very helpful measures in this regard would be the provision of updated information and knowledge to Iranian activists, and the design and implementation of capacity-building and accelerator projects addressing the specific needs and shortcomings of Iranian civil society.