Sri Lanka: Two years on, escalating assault on freedoms by the Rajapaksa administration 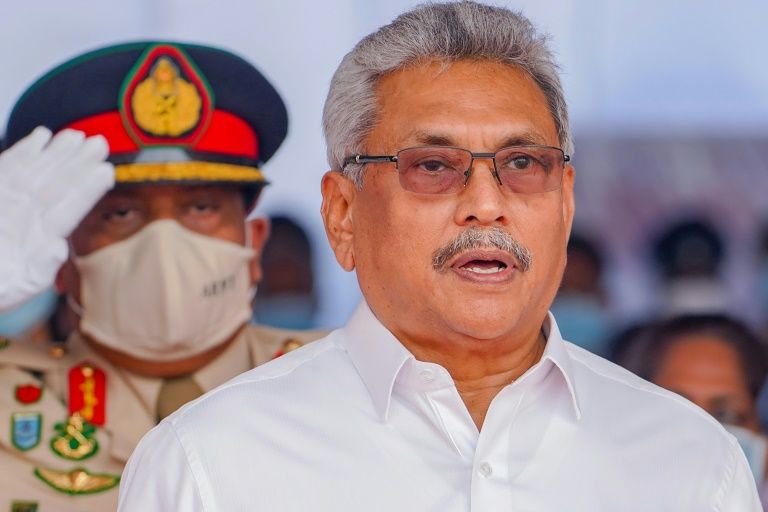 Two years on from the election of Gotabaya Rajapaksa as President of Sri Lanka, the state of civic freedoms in the country continues to regress. Research undertaken by the CIVICUS Monitor – which rates civic space in Sri Lanka as ‘obstructed’ – shows a worrying pattern of increasing restrictions on freedom of expression, assembly and association, often with impunity.

There have been systematic attempts by the authorities to prevent or disrupt protests and arrest peaceful protesters. In February 2021, Sri Lankan magistrates across districts in the North-East issued bans and injunctions against civil society members, journalists and other individuals ahead of a ‘walk for justice’ organised by Tamil war victims’ families and civil society organisations. The protest was around demands for the United Nations and the international community to heed calls for justice and accountability.

In July 2021 the authorities imposed a ban on all protests and gatherings, claiming this measure was necessary to “prevent the spread of COVID-19”. Following this, the police cracked down on a number of protests, including activists, workers, students and farmers. On 7 July 2021, police broke up a demonstration of Joint Employees Association of Engineering Corporation members outside the corporation’s head office in Colombo. Five people were arrested for flouting quarantine regulations.

On 8 July 2021, police arrested 31 people, including the General Secretary of the Ceylon Teachers’ Union, Joseph Stalin and several leaders of the Inter University Students Federation (IUSF), shortly after they began a protest against the Kotelawala National Defence University (KNDU) Act, which seeks to “militarise” higher education in Sri Lanka. The arrested persons were produced before the Colombo Magistrate’s Court. When the protesters were released on bail, police prevented them from leaving the court premises and they were forcibly taken to quarantine facilities.

Five activists were detained due to their participation in a peaceful protest on 3 August 2021 near the parliament for education rights. They were denied bail until 11 November 2021, despite lawyers arguing exceptional circumstances due to the COVID-19 pandemic, upcoming university examinations and underlying health conditions.

The notorious Prevention of Terrorism Act (PTA) is used continously to enable arbitrary detention, despite commitments made to repeal the Act. The PTA allows for the prolonged incarceration, based on mere suspicion, of any person who “causes or intends to cause commission of acts of violence or religious, racial or communal disharmony or feelings of ill-will or hostility between different communities or racial or religious groups.”.

Lawyer and minority and civic rights activist Hejaaz Hizbullah has been held under the PTA for 19 months. He was accused by the police of aiding and abetting Inshaf Ahamed who was involved in the April 2019 bombings, an accusation that has since been withdrawn. Allegations against him have changed several times. The latest, filed in February 2021, is a speech-related offence of “causing communal disharmony,” one of a number of overly broad offences provided under the PTA. Since the time of his arrest Hejaaz Hizbullah has been repeatedly denied the right to due process safeguards recognized by international law.

Ahnaf Jazeem, a 26-year-old poet and teacher, has been under remand under the PTA since May 2020. He was arrested in connection with a Tamil-language poetry anthology called Navarasam, which he wrote and published in July 2017, as well as other unsubstantiated claims of exposing his students to “extremist” content with the intention of turning them into followers of “extremist ideology”. His  legal counsel has alleged that they were denied meaningful access and  confidentiality when meeting Jazeem and he also allegedly been subjected to torture and cruel, inhumane and degrading treatment in detention.

In May 2021, ten Tamil men and women were arrested under the PTA in the eastern coastal village of Kalkudah for holding a vigil to mark the thousands of Tamil civilians who were killed in the final months of fighting between the Sri Lankan government and separatist Liberation Tigers of Tamil Eelam (LLTE) in 2009. Those who attended the memorial event lit a flame of remembrance and laid flowers on the beach.

Harassment and criminalisation of critics

Critics have also been targeted by the government to stifle dissent. In January 2021, the Supreme Court of Sri Lanka found parliamentarian Ranjan Leo Sylvester Alphonsu, known also as Ranjan Ramanayake, guilty of contempt of court and sentenced him to four years of imprisonment for an interview that was broadcast in 2017 criticising judges and lawyers for corruption.

Asela Sampath, the Co-coordinator for People Human Rights Protection was forcibly taken away by a group of 20 people in civilian clothes, later now to be police, in June 2021. The group entered the house forcibly, tied Sampath’s mouth with a cloth, allegedly physically assaulted him and took him away. According to the police, Sampath was arrested in connection with a false statement made on social media regarding the AstraZeneca COVID-19 vaccine.

In July 2021, Batticaloa-based Tamil journalist Selvakumar Nilanthan was interrogated by Sri Lankan’s Terrorism Investigation Division (TID). for nearly three hours and he was asked whether he had any links to the Liberation Tigers of Tamil Eelam (LTTE) and was questioned extensively about his work. Nilanthan has previously been interrogated for his coverage across the North-East.

In August 2021, former Spokesperson of the Health Ministry Dr. Jayaruwan Bandara was summoned by the Criminal Investigation Department (CID) regarding comments he made in a television interview on the high prices of COVID-19 tests and the general handling of the pandemic. In the same month, social activist Shehan Malaka Gamage was summoned before the Criminal Investigation Department (CID). He had been outspoken over the investigations into the 2019 Easter attacks and had claimed on Facebook that there was a political link behind the attacks and that the government should therefore conduct an inquiry into the matter. He was questioned for five days.

In March 2021, the Human Rights Council adopted a new resolution on Sri Lanka, with a view to furthering accountability. In the resolution the Human Rights Council expressed "deep concern" at the “deteriorating situation" in Sri Lanka, and criticised the erosion of judicial independence, marginalisation of minorities and impunity. It also strengthened the mandate of the OHCHR in Sri Lanka to collect and preserve evidence and to develop possible strategies for future accountability processes for gross human rights violations.

Following the resolution,UN High Commissioner on Human Rights Michelle Bachelet updated the Human Rights Council on Sri Lanka in September 2021. She noted that “surveillance, intimidation and judicial harassment of human rights defenders, journalists and families of the disappeared has not only continued, but has broadened to a wider spectrum of students, academics, medical professionals and religious leaders critical of government policies”.

Bachelet also noted that several peaceful protests and commemorations have been met with excessive use of force and the arrest or detention of demonstrators. She also raised concerns about the use of the Prevention of Terrorism Act to arrest and detain people. The High Commissioner is due to deliver a written update on Sri Lanka to the Council in March 2022 and a comprehensive report in September 2022 that includes further options for advancing accountability.

In June 2021, the European Parliament passed a resolution on Sri Lanka, drawing attention to abuses under the notorious Prevention of Terrorism Act (PTA), which has long enabled prolonged arbitrary detention, torture and sexual abuse.

We therefore urge the government of Sri Lanka to undertake the following as a matter of urgency:

We further urge the international community to ensure a robust response to Sri Lanka’s human rights violations and its attempts to undermine UN mechanisms, including at the Human Rights Council. We call on the Council to establish an international accountability mechanism which would deliver truth and justice to victims of the conflict, and to take steps to protect those human rights defenders and activists on the ground, including those documented above, who face attacks and threats for speaking out.