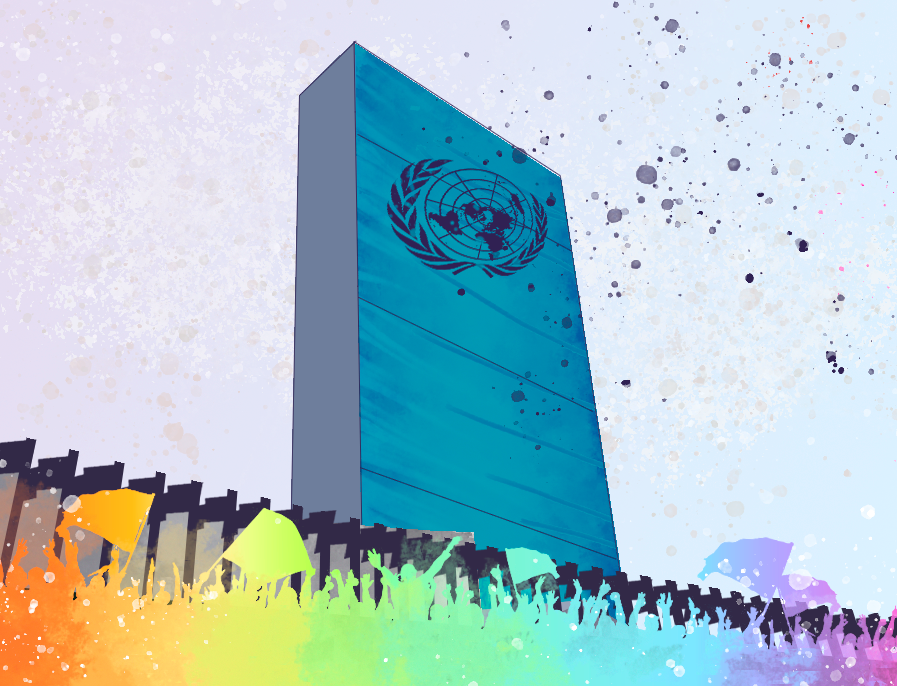 When it comes to global issues, citizens have to trust that their governments will do their bidding. But what if our governments, willingly or accidentally, overlook an issue that is important to us? As citizens, our options to take influence on the global stage are limited. Together with Democracy Without Borders, we at Democracy International are launching an initiative to help remedy that. We need a World Citizens’ Initiative, a tool that allows citizens to table something at the UN General Assembly if they can gather enough support. I had the honor of presenting our idea at the CIVICUS International Civil Society Week in Belgrade, Serbia.

In the past months, young people all over the world have been cutting school to protest against global warming. Week after week, they implore their political leaders take urgent action on climate change. But the overall political response has been indifference at best. In Belgium, the country I’m from, the Flemish Minister for Environment in an unheard-of outburst of vitriol, alleged that the protests were an “orchestrated conspiracy” against her. She has had to step back for proffering that lie, but what hasn’t been rectified is her insistence that Belgium is doing everything it can to prevent global warming. And this seems to be the fate of climate marches in many places: citizens are turning out in huge numbers to urge their governments to act, but governments insist they can’t do more.

The appropriate arena to deal with an issue of the magnitude of climate change would be the United Nations (UN). The institution was built to collectively deal with global issues and is the most important hub of international politics. But here’s the thing: at the UN we are represented by our governments.

Now, I may agree with 90% of what my government works towards at the UN, but if climate change happens to fall under the 10% where I feel that I’m not represented. Going on the growing crowds at demonstrations everywhere, I’m probably not the only one. The UN at least is aware of this issue and has made efforts to include civil society in some of its deliberations, but individual citizens remain markedly voiceless at the UN.

With a World Citizens’ Initiative, a tool that would allow individuals who’ve gathered enough support to table a proposal at the UN General Assembly, citizens would be allowed to complement member states’ proposals with issues that they feel are missing. This is not a radical idea – instruments like this exist in numerous countries and even in other trans-national institutions. Since the entry-into-force of the Lisbon Treaty in 2012, EU citizens have the possibility to propose legislation to the EU Commission through the European Citizens’ Initiative (ECI). If a group of citizens manages to gather one million signatures in at least seven EU member states, the Commission has to respond to their proposal. Now, the ECI is far from perfect: it’s not well-known, very few initiatives succeed and those that do often don’t see concrete follow-up. But it’s a start and it has proven to be a useful tool for civil society and citizens alike to put their issues on the EU’s agenda.

CIVICUS’ International Civil Society Week was the perfect place to pitch our idea for the first time and the response we received was incredibly encouraging. So many people came up to us to tell they liked the idea of a mechanism like this one, that it could be useful for their work. And this is exactly what we hope for: the introduction of a democratic tool that empowers citizens and civil society alike and includes them as important stakeholders in global decision-making.

So, we’re gearing up to launch a campaign for a UN World Citizens’ Initiative. We’ve asked two legal experts to look into the technicalities of the tool and we’ve started building a broad, global coalition of civil society organizations who support this idea. But, much like anything else in this world, we can’t do this alone, so if this sounds interesting to you, we need you: Go to our website, sign up for our updates, write us, join us!