DISINFORMATION: ‘The fact that profit drives content creation on the internet is dangerous to democracy’

CIVICUS speaks with Rory Daniels about the 2019 elections in the UK and the dangers that disinformation poses to democracy. Rory is a student, activist and writer intent on promoting the voices of those left behind by governments and globalisation. In the 2017 general election, he stood as a 19-year-old parliamentary candidate for the Liberal Democrats in the constituency of Llanelli. Since September 2019, he has been a member of Amnesty International's first Global Youth Task Force. 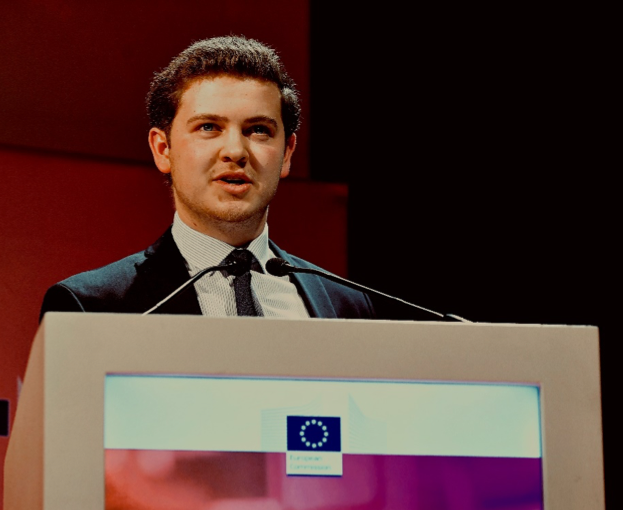 What role would you say disinformation has played in the recent elections in the UK?

Then the 2019 general election saw all this take place again, plus more. There were doctored videos, highly misleading websites and even signs of foreign interference. A doctored video came from the Conservative Party, which later admitted to editing a clip of a speech given by Labour MP Sir Keir Starmer. The video they released made it look like he had struggled to answer a question about exiting the European Union, while in fact he had answered the question. The same party then changed the name of one of its Twitter accounts to ‘FactcheckUK’. Twitter responded by warning the Conservatives that this effectively constituted an act of deception, as the account was not impartial as users may have been led to believe. Clearly not satisfied with deceiving videos and social media accounts, the Conservatives then bought ads on Google that appeared as the top result for anybody seeking the Labour Party’s manifesto. These criticised the proposals in a heavily biased fashion.

The Labour Party also succumbed to disinformation. For example, their leader, Jeremy Corbyn, cited documents suggesting that the Conservatives would sell off large parts of the National Health Service to the USA in a post-Brexit trade agreement. It later transpired, however, that these documents were linked to a Russian disinformation campaign.

Which platforms do you think are the most vulnerable to disinformation?

It’s hard to say which platforms are more vulnerable to disinformation than others. In November 2019, I attended the World Forum for Democracy at the Council of Europe in Strasbourg, France. The whole event revolved around the question of whether democracy is ‘in danger’ in the information age. It didn’t take long for me to see that vulnerabilities exist on any platform that possesses many users and is constrained by little regulation.

In addition, with disinformation it’s often more about the content than the platform. For example, I remember reading a recent analysis conducted by BuzzFeed which found that during the final months of the 2016 US election campaign, fabricated news stories reached a greater online audience than actual news stories.

What are the impacts of disinformation on democratic freedoms?

All democracies depend upon facts, truth and scrutiny. Voters need reliable information in order to vote rationally – that is, to have good reason to vote for a certain politician or policy instead of others – to challenge their own worldview or preconceptions, and ultimately to hold power to account.

In an age of disinformation, facts become indistinguishable from fiction, truth becomes impossible to discern among all the lies and scrutiny gets entangled in ideological polarisation. Where once there was the traditional media to keep the populace informed, now there is the internet – an unregulated mess of opinions, corporations and agendas.

On the internet, the business model is simple: more clicks equal more revenue. This means that often, websites will only seek facts and the truth if they bring greater profits. If not, they may decide to prey on fear, stereotypes, insecurity, hatred and division. Authors know that readers achieve greater levels of satisfaction when they read opinions that confirm their worldview, rather than challenge it. This leads to greater polarisation, as empirical evidence is disregarded in favour of the ‘facts’ that confirm readers’ previously held views.

We’ve already seen that if this occurs in a democracy, politics suffers. Voters develop apathy, because as they become overwhelmed by confusion and conflicting viewpoints, they switch off from political developments, while ‘establishment’ candidates lose out to populists who pedal quick solutions to complex problems. In short, rational, informed debate all but dies.

What are the forces behind disinformation?

Disinformation can be created by anybody at any time. State actors may intervene in foreign elections to tip the scales in their favour, while domestic activists may sow news stories that build support for far-right or populist actors. In other words, the ‘information war’ is fought from all sides.

Since the creation of the internet, we’ve also seen what some people call the ‘democratisation of disinformation’ unfold. This means that anybody, whether in place A or with budget B, can create and share intentionally misleading content with ease. As a result, what only a few years ago was seen as a tool that was largely positive for democracy – the 2010 ‘Arab Spring’ came to be known as the ‘Facebook Revolution’ – is today perhaps its greatest threat.

What is being done to combat disinformation, and what have the successes and challenges been so far?

A few months ago, I spoke at UNESCO’s Media and Information Literacy (MIL) conference in Gothenburg, Sweden. I did so because I believe that education can play an enormous role in addressing disinformation, and I also wanted to share some lessons I had learned from my 2017 parliamentary campaign. The conference was no doubt held in Sweden due to the country’s incredible push for MIL education in recent years, and after meeting many Swedish activists throughout the week, I can only applaud the valuable work they are doing in the field.

I’m also looking to address some of the negative consequences of disinformation. For example, as a member of the Global Shapers, an initiative of the World Economic Forum, I’m part of a team of young activists planning a ‘Unity Day’ celebration to take place in London on 19 May 2020. Crucially, in a time of increasing division and hatred, this will see politicians, thought-leaders, community organisations and others come together to champion values and ideas that unite us. I urge you to visit the Unity Day website if you’re interested in pledging to take an action, no matter how big or small, that celebrates unity and combats division.

Of course, trying to inform the debate about disinformation has not been easy. Still today, MIL education is woefully underprovided, sensible media regulations are too often labelled as censorship or attacks on free speech and social media platforms continue to constitute dangerous echo chambers.

What more is needed to combat disinformation?

Many of the causes of disinformation are structural by nature, and therefore I believe that many solutions must be too. We must finally recognise that the profit incentive driving content creation on the internet is dangerous to democracy and ultimately unsustainable, while tabloids that spew out sensationalist clickbait should be heavily regulated and severely fined if caught breaking the rules.

In addition, I’m of the opinion that media and information literacy is by far the most cost-effective and sustainable strategy to countering disinformation and restoring our trust in democracy. MIL education should be offered far beyond schools, also targeting older generations who are less likely to identify disinformation and more likely to share it in the first place. Ultimately, readers must know how to spot and avoid disinformation, or else all the regulations and structural changes in the world will not solve the problem at hand.

Civic space in the UK is rated as ‘narrowed’ by the CIVICUS Monitor.

Get in touch with Rory through LinkedIn if you’re interested in the regulation of big tech companies, London Global Shapers’ Unity Day or his work more generally.