THAILAND: ‘Nobody should go to jail simply for expressing their opinions’ 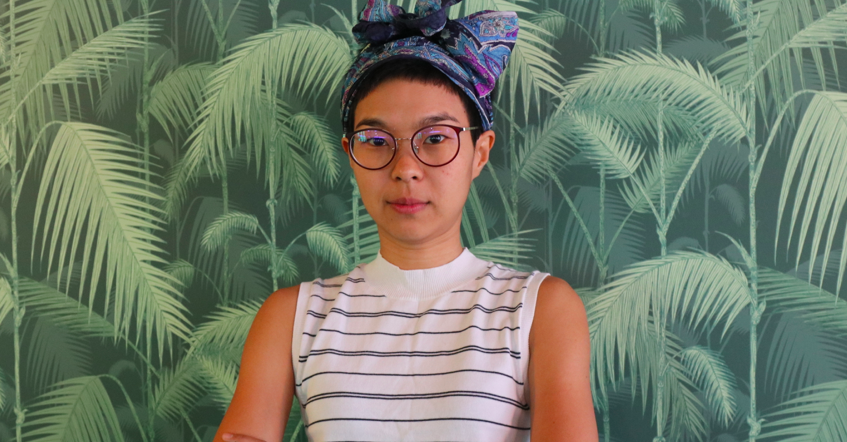 CIVICUS speaks with Sutharee Wannasiri, a human rights activist in Thailand who has been facing criminal prosecution and a civil lawsuit as a result of reporting on abuses of migrant worker rights by a Thai poultry company while working as a researcher with Fortify Rights, a human rights organisation. After she tweeted about the labour rights abuses, the poultry company made complaints of civil and criminal defamation against her. The civil complaint was eventually dropped in August 2019 after a court mediation session.

The company has a history of filing lawsuits against individuals who have voiced criticism of its human rights record: since 2016 it has filed complaints against at least 22 people. Rights groups and United Nations (UN) human rights experts see these legal proceedings as part of the rising global trend of businesses using strategic lawsuits against public participation (SLAPPs) to try to avoid criticism.

What were the circumstances that led to you facing charges?

Part of my role at Fortify Rights was to document cases of judicial harassment, attacks and violence against human rights defenders, including those working on environmental and labour rights issues. I was documenting the labour rights of migrant workers from Myanmar working on a poultry farm and the rights of civil society organisations that support the workers. Thai authorities found that the company had violated labour protection laws and ordered it to pay compensation to the migrant workers. Fortify Rights published statements and a campaign video to amplify the voices of the workers and demonstrate the impact of the rights abuses. I also used Twitter to share the working conditions and the challenges that migrant workers are facing. Those tweets led to the poultry farm making civil and criminal complaints against me, saying that my online posts defamed their reputation.

What effects have the lawsuits had upon you?

I felt my rights and my freedom were ripped away. My future plans have had to be put on hold. My family is understandably worried. This has definitely created a chilling effect among human rights advocates and is eroding the civic space of Thai civil society as a whole.

Some people have advised the migrant workers and me simply to make an apology and stop talking about the labour rights conditions related to the business. For me the lawsuits are a demonstration of intimidation and injustice against people who want to speak truth to powerful corporations. I refuse to submit to the injustice. To stand trial in these cases is about reclaiming our human dignity and being able to stand up and assert our rights.

How is this part of a wider pattern?

My case is not an isolated one. Businesses in Thailand have used civil suits and criminal prosecutions, including complaints of criminal defamation, to intimidate workers, environmental defenders, journalists and civil society groups working to demand corporate accountability.

The use of the criminal defamation law against opposition politicians and human rights activists is a major challenge if we are to transition to a democratic society. Free speech should never be criminalised and the criminal defamation law should be revoked. In the five years under the military government, Thai human rights organisations such as Thai Lawyers for Human Rights and iLaw documented the increasing use of criminal lawsuits by state authorities and businesses, including criminal defamation and in some cases sedition, lèse majéste and computer crimes charges, to intimidate and silence activists who speak out, whether on environmental issues, labour rights promotion, or on protecting civil and political rights, including the right to free and fair elections. People have been prosecuted in large numbers.

The criminalisation of the legitimate work of civil society is one of the most important challenges we have seen. People who express opinions or organise protests can find themselves on the wrong side of the law. Several people face charges under the public assembly law for organising peaceful protests to demand justice and accountability.

What are the wider impacts of lawsuits on civil society and on migrant workers in Thailand?

The lawsuits against the courageous Myanmar workers have had a wider impact than just on the group of migrant workers who are facing the lawsuit. The message to other migrant communities is that they should not complain about human rights abuses committed by businesses, or they will face repercussions.

This is a serious threat to the freedom of expression for whistleblowers, researchers and human rights defenders who are trying to do their job of exposing violations and abuses committed by the authorities and businesses. I also see this legal prosecution as directly undermining Thailand’s commitment to strengthen corporate accountability. The Thai government pledged its endorsement and support to the UN Guiding Principles on Business and Human Rights. However, the workers and affected communities are not able to exercise the right to access remedies without fear of retaliation. Workers and local communities should have the right to complain about alleged violations and abuses, have their complaints promptly investigated and be compensated if their rights have been violated. Companies that are found to be involved in abuses should be brought to justice.

The migrant workers have been trying to use the grievances mechanism created by the government to exercise their rights, but they face multiple lawsuits and intimidation with the purpose of telling them to stop fighting. Thai authorities claim they don’t have a specific procedure to prevent this kind of lawsuit being brought against activists and whistleblowers. However, they all have an obligation to respect human rights and to end these and any other cases that violate rights.

More broadly, what are the key issues migrant workers face in Thailand?

It is estimated that there are three million migrant workers in Thailand. The majority come from Cambodia, Laos and Myanmar. They are usually working in dangerous or low-paid sectors, including agriculture, construction, fishing and garment manufacture. Migrant workers already face daily discrimination and are more vulnerable to rights abuses. When they try to demand justice and accountability, they face obstacles such as language barriers and their lack of knowledge of Thai domestic laws. This is why several local civil society groups such as the Migrant Workers Rights Network are supporting migrant workers to reclaim their rights.

I believe that there are several businesses with good records of promoting and respecting labour rights. We have examples of responsible businesses that implement and uphold the domestic labour laws and protect their workers and collaborate with civil society groups to improve the quality of lives of their workers. At the same time there is a smaller number of businesses that refuse to acknowledge and comply with Thai labour laws.

Did the March 2019 election, the first since the 2014 military coup, make any difference to civil society?

The majority of Thai society still doubts whether the March 2019 election was free and fair. I think we have not achieved a transition to a more democratic and more accountable regime. The ruling government is still made up of the same military generals that led the military government over the past five years.

A positive sign is that new members of parliament from progressive parties have opened up parliamentary debates about concerns from their constituents, including the land rights of farmer communities, attacks against student activists and the criminalisation of political activism. At least we have seen these issues being discussed in parliament, but there is still a long way to achieve a solution.

What needs to change in Thailand, and what support could help civil society and migrant workers overcome the challenges they face?

Thai authorities should decriminalise defamation. Thailand still maintains a sentence of up to two years’ imprisonment as a punishment for defamation charges. This contradicts the right to the freedom of expression that is guaranteed in international law and standards, and in the Thai Constitution. Thai law enforcement officers should also implement an effective and thorough screening of legal complaints to prevent abuses of the judicial system to avoid criticism and accountability. All other laws that are inconsistent with Thailand’s international human rights obligations should also be amended or revoked.

Change is needed at a policy level and at practical levels. Nobody should go to jail simply for expressing their opinions.

Business enterprises and foreign governments engaging in business operations in Thailand have an important role in urging the government to put in place stronger standards of labour rights protection and environmental standards for all businesses. Global brands and multinational companies that source their products and services from Thailand should particularly set a good example.

All sending and receiving countries and trading partners should strengthen their protections for migrant workers in all sectors, and not only in the seafood and fisheries sector: there is a good example here of meaningful collaborations between Thai authorities, sending countries, civil society groups and business enterprises to improve transparency in recruitment and the quality of life of migrant workers in the fishing industry. This collaboration could be replicated and applied to protect migrant workers in other sectors, such as agriculture, constructions and domestic work. Civil society groups have called for the government to put in place regulations and ensure their effective implementation for Thai and foreign businesses to respect the rights of workers and affected communities.