ESCAZÚ: A milestone on the road to ending Latin America’s environmental conflicts 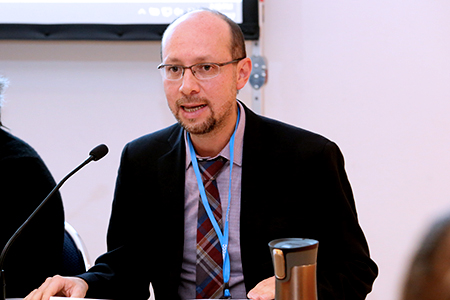 After several years of negotiations, the Regional Agreement on Access to Information, Public Participation and Access to Justice in Environmental Matters in Latin America and the Caribbean, better known as the Escazú Agreement, was adopted in March 2018. CIVICUS speaks about its significance with Marcos Orellana, director of the Environment and Human Rights Division at Human Rights Watch.

What is the Escazú agreement?

The Escazú Agreement is a new treaty that deepens the link between environmental protection and human rights in Latin America and the Caribbean. It has the potential to reduce the conflicts that lead to the murders of so many environmental defenders in the region.

What is its significance for environmental defenders and civil society more generally?

How was civil society involved in the development of the agreement, and what did it achieve?

The road to Escazú was marked by more than five years of hard work following Rio +20, the 2012 United Nations (UN) Conference on Sustainable Development. The process was one of intense dialogue between the governments of participating countries and civil society groups in the region. It is rare for international negotiations to open up like this to allow the public to take the floor in real time and enrich the debate with their ideas and proposals. The effort paid off, as Escazú provides tools to strengthen democracy so that the promise of sustainable development can be realised in practice.

Civil society was instrumental not only in influencing the content of Escazú, but also in setting in motion the negotiations process. Already in the lead up to Rio+20, organisations collaborating under the umbrella of The Access Initiative - a coalition working to advance participatory rights - advocated for the strengthening of the international normative framework for Principle 10 (P10) rights. P10 is the principle of the Rio Declaration on Environment and Development adopted by the Earth Summit back in 1992 that enshrines the rights to information, participation and justice in environmental matters. Civil society persuaded key countries to take up the call for a regional instrument, and during the actual negotiations, civil society organised in working groups to analyse and influence the main themes of the regional instrument.

What difference did civil society make to the final agreement?

Owing to concerted civil society advocacy, Escazú is the first international treaty that includes specific protections for environmental defenders. As made clear by Michel Forst, the UN Special Rapporteur on the situation of human rights defenders, the threats, acts of aggression and fatal attacks against environmental defenders are often a direct result of the exploitation of natural resources that does not take into account the legitimate demands and concerns of local communities.

Measures to protect environmental defenders are a step in the right direction, offering hope to individuals and groups that defend the environment and their communities in the region, and that are currently under threat.

What’s next for Escazú in the region?

Now that the Escazú Agreement has been adopted, the countries of Latin America and the Caribbean should sign and ratify it and take robust steps to implement it. This would signal the region’s real commitment to sustainable development, human rights and democracy.